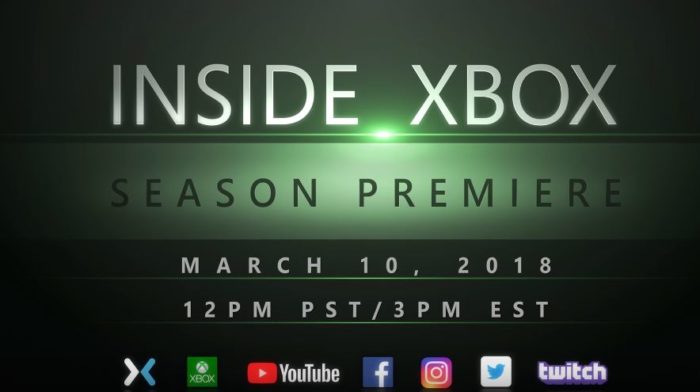 Microsoft has plans to increase their connection and interactions with fans going forward, and Inside Xbox is the next step in their grand master plan.

The company has announced it as a premier live news broadcast that’s intended for future game announcements, updates, and an inside look at the development process for some of their exclusive titles. The official blog post also stated that the broadcast will make its debut on March 10, and it’ll be available for viewing on Mixer, YouTube, Twitch, and Facebook.

‘Inside Xbox is many things. A premier live news broadcast that will highlight breaking announcements and a peek behind the curtain of Team Xbox. A glimpse at the mysteries of game design and a celebration of some of the month’s most exciting games and features. Most of all, it’s an opportunity for us to celebrate and listen to you, the community. All of this will be available streaming in 4K/UHD on supported services and platforms.’

In addition to breaking news, Microsoft also wants to collect feedback from fans, and occasionally feature fan highlights in games like PUBG and Sea of Thieves, as well as potential questions for developers.