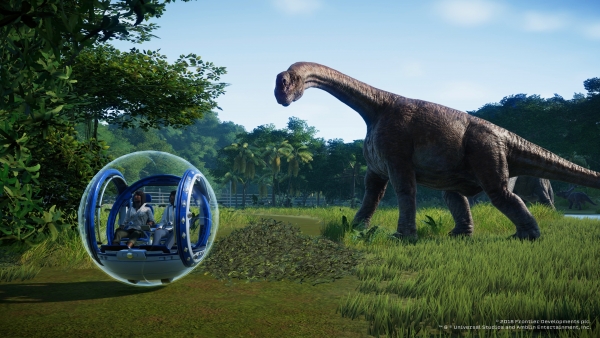 Life finds a way, specifically to Xbox One, PlayStation 4, and PC this June when Jurassic World: Evolution is making its debut. On June 12, the game will be available digitally, with physical editions coming on July 3. If you want to get your dinosaur on as soon as possible, you can already go ahead and preorder both standard and digital deluxe versions of the game, which come with five additional in-game dinosaurs.

Jurassic World: Evolution lets you build our own personal Jurassic World park if that’s ever been your goal, where you can create new attractions, new dinosaur breeds, and house all your creations and other important things in one place. It definitely won’t get dangerous and you definitely don’t need to worry about anything escaping. Probably.

The trailer below shows off some of the game, including your first few moments setting foot inside the park as a T-rex roars. No reason to be afraid, right? Populate your Jurassic world in a Sims-like atmosphere where you’re in charge of everything, and watch the dinosaurs come up to you in your sphere and curiously examine you. This is exactly the kind of thing that would work perfectly with VR support.