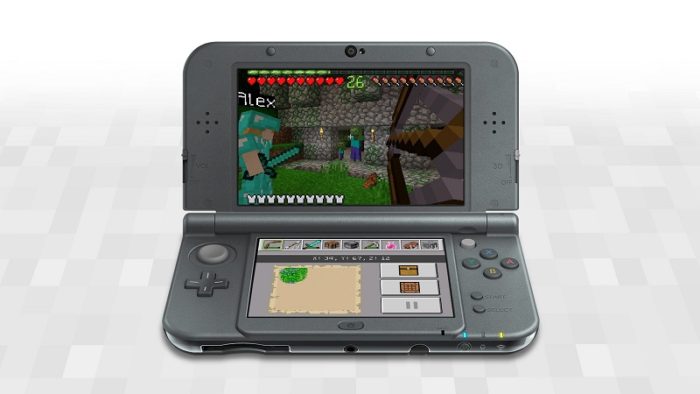 The Minecraft official Twitter has announced that local multiplayer is now up and running on the New Nintendo 3DS version of the game. After updating their copies of the game, players will be all set to play Minecraft with friends using a local wireless connection.

The New Nintendo 3DS was released back on Feb. 13, 2015. Two years later, Minecraft was released for the portable system on Sept. 19, 2017. The game features both a creative mode and a survival mode. In creative mode, players have unlimited resources with which to build their world. This sort of environment makes it easier to build the sprawling cities and landscapes that players of the game have become known for producing. In survival mode, players must explore and mine for materials to build with, as well as deal with creatures that might kill them. Since it is on the New Nintendo 3DS, the game uses the system’s touchscreen for checking the map and managing inventory. As a minor feature, the game also comes with five skin packs and two different texture packs.

The classic version of the well known game was first released to the public on May 17, 2009. The sandbox video game has since gained quite a bit of popularity. It is now available on a wide variety of platforms, including Xbox One, PS4, and the Nintendo Switch. On Minecraft’s official website, you can buy the game for PC and Mac for $26.95.

Minecraft for the New Nintendo 3DS sells for $29.99 on the Nintendo eShop. It is published by Mojang AB, and developed by Other Ocean Interactive.