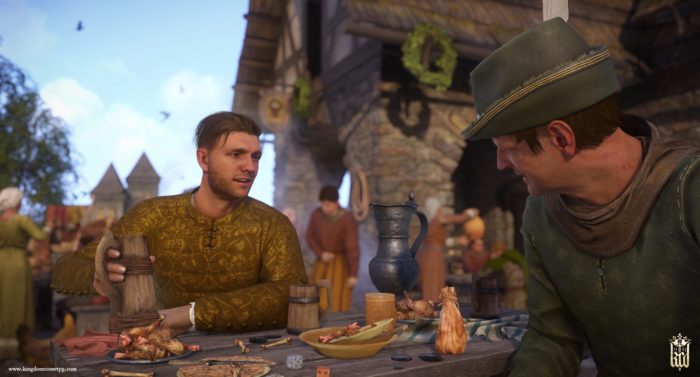 At some time or another, an unspoken set of rules was agreed upon by the creators of video gaming’s most popular open world RPGs. This decree insisted that a protagonist should be brave, heroic, and have some sort of unique power. They would need a suitably noble cause to fight for, too, and their plight would take them from humble beginnings to dizzying heights, preferably saving the world from its untimely destruction in the process.

This never ever happened, of course. But in all honesty, if I had genuinely just let the cat out of the bag, would you actually be that surprised? Almost every notable open world RPG follows this same absurdly epic narrative beat, insisting on trying to dazzle its audience with enormous scale and apocalyptic stakes. Final Fantasy, The Elder Scrolls, Mass Effect, Dragon Age, and even Zelda – these trendsetting franchises lay a blueprint that has been repeated time and time again. And it’s become super tedious.

Thankfully, we’re starting to see a breaking of convention. Kingdom Come: Deliverance enjoyed a hugely successful Kickstarter campaign largely because of its emphasis on realism. In addition to its authentic sword fighting, the historical accuracy of its medieval open world was hotly anticipated. Fast forward five years later, and one million sales in its opening week suggest that interest spread well beyond the niche of its keen early supporters. I actually reviewed the game myself and felt as though, despite some bumps along the way, Warhorse Studios did manage to largely pull off its ambitious vision. And it did very much feel ambitious – almost too much for a studio of such a small size and with little experience.

Yet refreshingly, ambitious as it is, nothing about the game’s spectacle involves any of the aforementioned genre tropes that we’ve become overly familiar with. Everything about Kingdom Come: Deliverance, from its survival mechanics to its plot, feels deliberately zoomed in; more concerned with presenting a believable slither of medieval life in pedantic detail than some grandiose saga. The main protagonist, Henry, has a chin that is more receding than perfectly square; the Bohemian towns of Rattay and Sassau are essentially a collection of small shacks in backcountry compared with the sweeping cityscape of potential locations like Prague, and its open world, though dense and pretty, is actually fairly small and featureless compared to typical blockbuster efforts. But none of this detracts from what is certainly an absorbing 60+ hour open world experience.

What’s more, because Kingdom Come: Deliverance doesn’t force heroic deeds onto your role-play of Henry, playing the archetypal bad-guy doesn’t feel contrived and out of place, as it does in so many other RPGs. I quite enjoyed playing Henry as a thief and a scoundrel, and thanks to the lower-stakes nature of the plot, running around the countryside causing a bit of trouble felt suitably appropriate. On the other hand, my second playthrough as a good-sort working my way up the feudal ladder felt equally fitting. Other games allow similar freedom of choice, but how often does it actually feel right to stray from what your character is “supposed” to be doing? Nothing ever irritated me more than murdering a bandit and then stealing from a merchant in Skyrim, only to then be praised as the second coming because I was supposed to be saving the town from a world-eating dragon.

I love that Henry is just an everyday guy, and appreciate that while he does ultimately find himself in a situation that spirals into something greater than he bargained for, it’s made blatantly obvious that we’re only seeing a tiny slice of what is actually going on in Bohemia. Antagonists of the open world such as Cumans – raiders of eastern origin – are never wholly explained, and the wider story of King Sigismund’s hostile takeover is kept separate to Henry’s personal quest to find his father’s sword. It all equates to a real feeling of just being thrown into the harsh and rugged life of medieval serfdom. As if one just woke up one day and found oneself transported 500 years into the past. Would we necessarily be the center of the entire world – the “chosen one” destined to save the Kingdom? No, we’d probably just be a blacksmith’s son who wants their stolen sword back.

My hope is that Kingdom Come: Deliverance paves the way for other developers to feel they can explore more focused narratives; to put a premium on fleshing out smaller environments with breathtaking detail. Not every open world game needs to try and realize an enormous environment to impress its audience with size and scale. Particularly when that frequently ends up feeling shallow by comparison. Sure, Warhorse Studios’ first game does appear cobbled together and rough around the edges at times, but it’s simultaneously a charming and memorable experience. For my money, that sense of intimacy and detail in its open world is right at the very center of how it manages to pull that off.