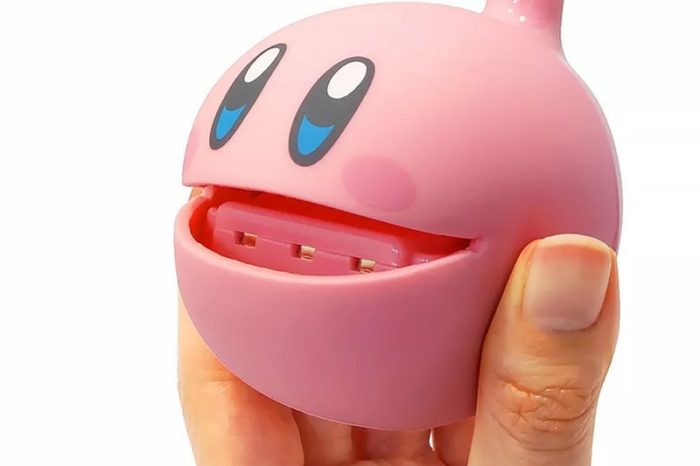 We’ve seen our fair share of silly Kirby merchandise throughout the years, but nothing will probably come as close to this new otamatone. Yes, now you can literally play Kirby as you make some sweet, sweet music on your musical tadpole… thing. The Nintendo-themed instrument is slated to release around May this year in Japan, so the musicians out there won’t have to wait too long before they can get their hands on it.

The strangest Kirby merch you'll see today.. and probably in all of 2018: The Kirby Otamatone, which is releasing around May 2018 in Japan! Otamatone is an electronic musical instrument synthesizer. Here is one in action: https://t.co/VpD3t81lfo#オタマトーン #星のカービィ pic.twitter.com/IOV0SJTb9c

If you’re new to the otamatone, it’s actually an electronic musical instrument shaped like an eighth note. You can play mellifluous music by sliding your hands on the stem while you press the giant cartoon head, or in this case, Kirby himself. Depending on the pressure, you can create some pretty interesting sounds. There’s been a surge of otamatone covers on the internet, so it’s probably no surprise that the pink puffball decided to join in on all the hype.

Kirby’s been doing pretty good himself, with Staf Allies recently launching on the Nintendo Switch. With his resurgence underway, who knows what other strange merchandise we’ll see in the future. You can check out how the instrument works below.