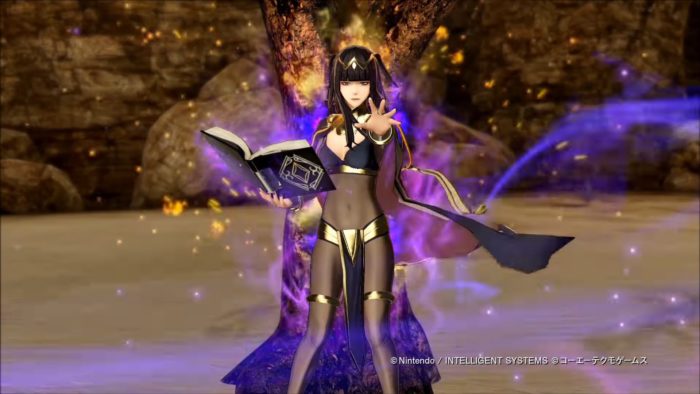 Fire Emblem Warriors has just gotten its third DLC pack today, featuring three new playable characters from the Awakening series. Koei Tecmo has revealed some new trailers showcasing Owain, Olivia, and Tharja on the battlefield, each bringing something new to the fight.

Owain is no stranger to Warriors since he’s actually part of the game’s main cast. However, the DLC pack marks his actual inclusion as a playable character, adding another sword user to the game. He even has his own special “sword hand” special ability, which is a quirky nod to his eccentric personality. Tharja, on the other hand, storms the battlefield with a barrage of magical attacks. She specializes in dark magic and summons beams, orbs, quick bursts, and even a pair of demonic hands to fight for her. Finally, Olivia graces the battlefield with a crescendo of graceful sword slashes and strikes.

That being said, the latest Fire Emblem Warriors DLC pack also adds some other things as well. Chrom, Lissa, and Cordelia are each getting new costumes, while there will be a slew of new broken armor costumes for all the Awakening characters. There are also three new history maps, new weapons skills, and even exclusive weapons for several characters.

Fire Emblem Warriors is available now on the Nintendo Switch and 3DS. You can watch the action-packed trailer below to learn more about the new characters.