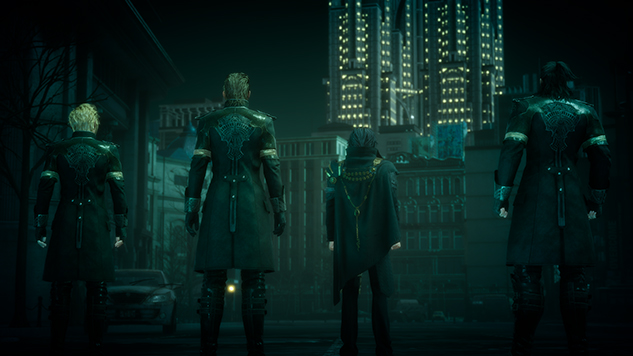 Final Fantasy XV’s Royal Pack and the Royal Edition are now available, adding on a good deal of new content to the game. Due to an early leak, it also looks like the DLC adds a hefty new cutscene onto the end of the game. You can watch the cutscene in teh video down below starting at 5:35, but do be aware that there are spoilers for the end of the game, if you care about that.

The biggest addition with the Royal Pack is a brand new dungeon, the Insomnia City Ruins, that runs right up to the final boss fight and end of the game. There’s a number of new bosses to take down, and after beating the dungeon is when the new cutscene takes place. In it, Lunafreya summons all of the astrals to help Noctis and the boys out of a tough spot. It’s all very visually impressive, just as you’d expect from Final Fantasy.

In addition to the new dungeon the Royal Pack also adds on the ability to pilot the Royal Vessel, and explore the ocean on the way to Altissia. In addition you’ll be able to play the game through a first person mode, and enhance Noctis’ Armiger ability with the Armiger Unleashed.

Final Fantasy XV: Royal Edition is now available for PlayStation 4 and Xbox One.