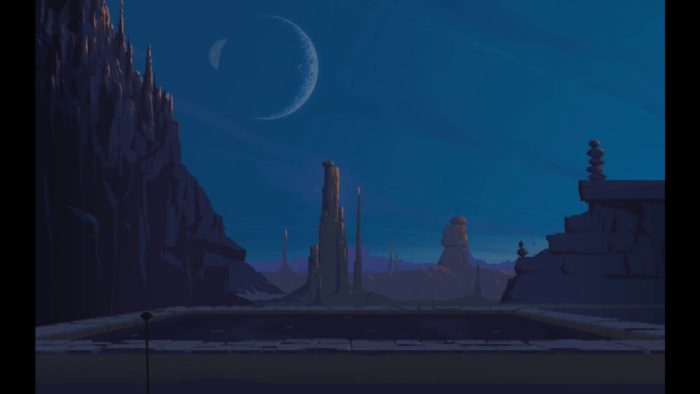 Dotemu will be bringing the cult classic Another World to the Nintendo Switch, as the company just announced today. You may remember the game as Out of This World if you live in North America, as that was the name it released under, as well as Other World in Japan. The game, which has inspired several creators and even made a debut in 2012 at the MoMA in New York as a history-making video game title, is going to be right at home on the Switch.

Dotemu is working on making a faithful version of the game for the Switch and has been working with the original creator Eric Chahi to make it a success. This version of Another World will feature the ability for players to swap between the new HD graphics and original mode with three difficulty modes for players of all backgrounds.

You’ll follow Lester Knight Chaykin, a young physicist who finds that, after a lightning bolt hits his lab, an explosion results that opens a rip in the fabric of space and time — you know, the kind of thing that usually happens with lightning strikes a science lab or there needs to be a breeding ground for weird stuff.

Lester is tasked with exploring the alien world that the hole in space-time leads to, an expanse filled with dangerous alien environments rife with puzzles and other hazards that threaten his very livelihood. You’ll need to keep your wits about you as you blaze through the game.

There isn’t a concrete release date just yet, but that should be coming down the pipeline soon.