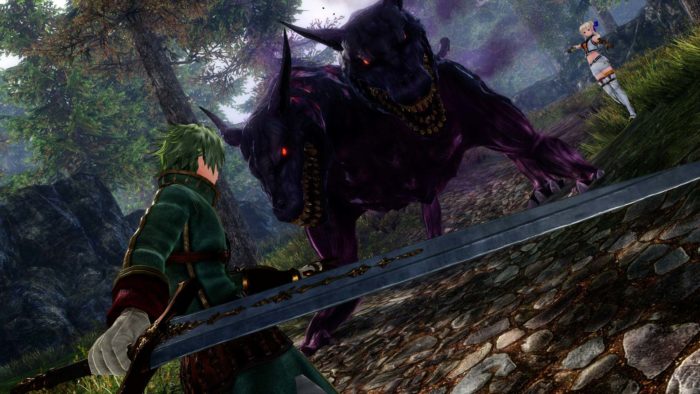 Bandai Namco has announced a video game adaption of the popular anime Record of Grancrest War. The game launches on June 14 on PS4 in Japan, but there’s no word yet on if the game could come West. Record of Grancrest War will be a tactical RPG and features a number of playable characters including Theo Cornaro, Siluca Meletes, Irvin, Aishera, and Priscilla. You can watch the debut trailer down below.

Based on the gameplay footage in the trailer Record of Grancrest War looks like it’ll play similarly to something like Kingdom Under Fire, or Dynasty Warriors with more tactical elements. You control one hero, but can issue orders to a number of soldiers that come into battle with you. We’ll have to wait to find out more, of course, but in the meantime here’s a summary of the game’s story.

“Atlatan, a continent where Chaos dominates everything. Frightened by the disasters caused by the Chaos, the people live under the protection of “Lords” who possess “Crests,” the power to suppress those calamities.

However, the Lords eventually abandon the idea of “protection of the people,” and break into a war to fight for each other’s Crests and territory—. During that, a solitary mage named Siluca, who despises Lords without ideals, meets Theo, a a wandering knight on a training journey in order to free his hometown from tyrannical rule.

Through the high-handed tactics of Siluca, who is touched by Theo’s ideals, they sign a master and servant contract and aim to bring change to a continent thrown into war.”