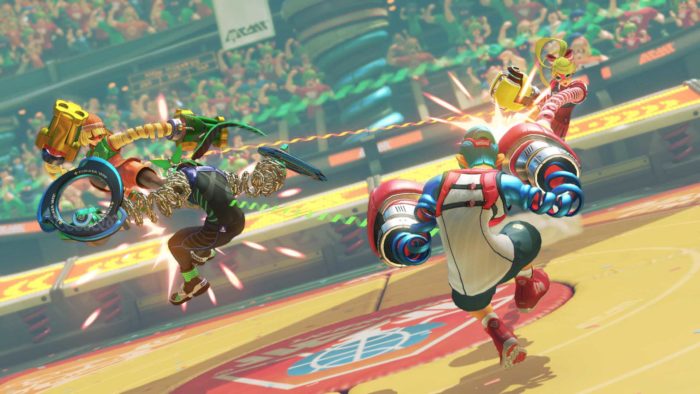 Nintendo is chugging along with new ARMS updates, and the big version 5.2 update for the game is available now. This update brings the Party Crash mode Big Time ARMS, new fixes, and a variety of other content. If you’re still hanging on to Nintendo’s newest IP and waiting hopefully for what’s coming around the corner, check out the full patch notes below for the latest updates to the game in terms of fixes and additional content.

ARMS recently added some new DLC fighters as well as some additional updates in previous rounds of downloadable fixes, so hopefully there’s a new selection of heroes coming in future installments. The game still has a lot to offer players with its unique spin on the fighting game.