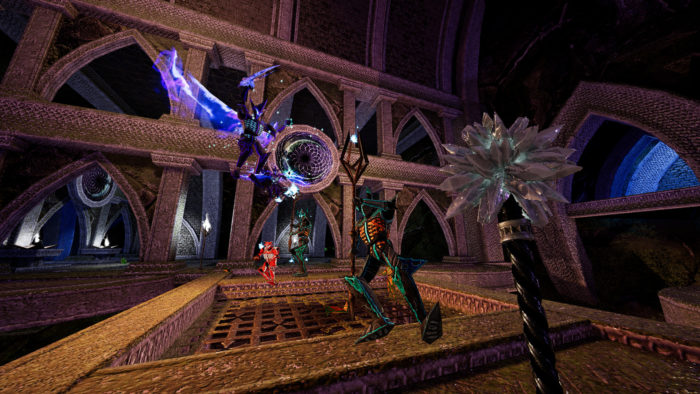 The throwback shooter Amid Evil is available to play in Early Access on PC via Steam today, if you were looking for something to scratch that old first-person shooter itch you’ve probably been feeling for some time, it looks like just the thing to cure what ails you. The Heretic and Helen-Like FPS looks like it was ripped straight from the ’90s with modern elements as well.

Amid Evil is as unique as it is brutal, with swords and projectiles to hurt at your enemies, exploding beams of energy, and other strange selections of weapons, all of which can do some major damage. There’s a ton of enemies, it looks like, that all want you dead. Instead of obliging them, you’ll have to frag your way to victory.

This arcane fantasy is going to need several playthroughs before all its secrets come to life, most likely, but its eccentricism looks like it will set it apart from the rest. If you’re into these kinds of shooters, you”ll find plenty to enjoy — check out the trailer below. Then you can head over to Steam to try it out before it makes its official debut. Or check out one of the games in the vast library of awesome shooters from the golden age of gaming back on the PC.