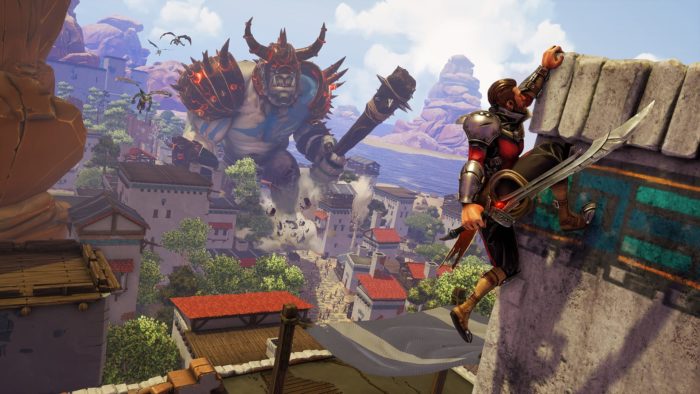 We wish we were coming to you this month falling over all of the different titles coming to the Xbox One in April 2018, but unfortunately, that isn’t the case. There really isn’t a great deal on offer following on from March’s Far Cry 5, A Way Out, and Sea of Thieves.

There are only a few Xbox One games coming out in April 2018 that we know of so far, and the headline title out of them is last year’s PS4 and PC release, Hellblade: Senua’s Sacrifice. Due to release on April 11, Xbox One owners will finally be able to help guide Senua through her personal hell to save the soul of her lost lover, all the while battling with her psychosis. It’s an unsettling and immersive experience, if not a little on the short side. Xbox One X owners will, of course, get the best experience with HDR and Enhanced Visuals, Framerate, and Resolution modes to choose from.

Next up is Iron Galaxy’s Extinction. In this fairly low-key title, players assume the role of a soldier named Avil, who also just happens to be one of the world’s last Sentinels. With an abundance of skills and combat knowledge, Avil will have to take on massive, towering troll-like creatures and their minions across a sprawling, fantasy world. This won’t be a linear experience, though, with both Extinction’s developer and publisher promising an “abundant” story campaign with a bunch of side missions for good measure.

Later in the month, Adventure Time fans will get to embark on another bizarre adventure in Pirates of the Enchiridion when it releases April 24. The Land of Ooo is underwater, so Finn and Jake set off on an adventure across the dangerous waters to defeat the bad guys and save the day. With fan-favorite characters making appearances, an original story, and the show’s cast reprising their roles here, Pirates of the Enchiridion is ticking all the boxes for fans.

The full list of April 2018 Xbox One game releases can be found below.