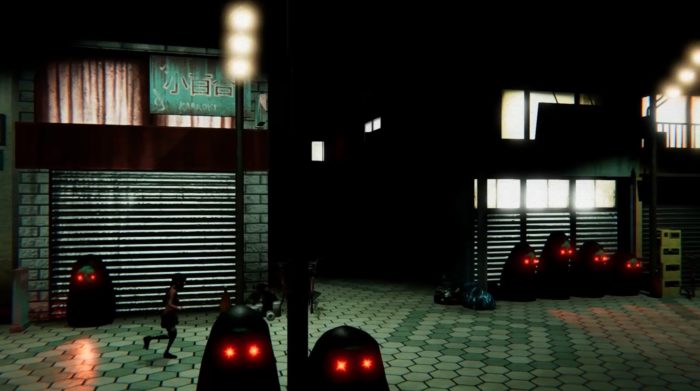 Yume Nikki: Dream Diary is the upcoming full 3D remake of a classic horror RPG made entirely with RPG Maker 2003. As such, you should know its lo-fi aesthetic doesn’t hinder it, but gives it an even more horrifying lilt. But as terrifying as some of the imagery in the original Yume Nikki can be, thanks to jump scares, veritably disturbing visuals, and other crafty creepiness, if you’ve played it as many times as I have, you may be immune to the scares by now. That’s why Yume Nikki: Dream Diary’s updated visuals may very well make for an even more frightening experience when it launches on Feb. 23.

If you’ve never heard of Yume Nikki before, you’re missing out. Make it a point to head over to Steam and pick it up for free, as it’s now available on the platform for the first time. But if you don’t have the time, know that it follows a young girl named Madotsuki who’s a bit of a hermit, as we explore a series of trippy dream worlds to find all 24 objects or “effects” along the way. Madotsuki never speaks, and we barely know anything about her all these years later. Because of (or for some, in spite of) all the strangeness, it’s a journey we want to take over and over again.

But despite the fact that it’s a veritable indie masterpiece, the original Yume Nikki released back in 2004, so it’s had about 14 years to fester, get into our psyches, and make a home there. The first time we met Madotsuki and embarked on our journey through her dream worlds was undeniably shocking, but we’ve had so much time to pore over, analyze, and discuss every nook and cranny of the game since then.

I’m still blown away by the creepier “hidden” moments you really have to work to discover like the “Uboa” sequence and whatnot, and the overwhelming sense of dread I feel while navigating the dream worlds is permanent. But I’ve come to love the sprites, Madotsuki, the “toriningen” (bird women) and even the scariest parts of the game, as I’m no longer frightened. It’s all familiar to me now, and I love the game, but the 3D version has an unfamiliar set of visuals that I’m not expecting.

From the look of things, the game having been remade in 3D opens up an entirely new set of options with which Kikiyama can terrify me once more. The darkness, shadows, and even glowing eyes of the creatures seen in the early screenshots of the game make for an even more oppressive atmosphere. I don’t recognize the game I fell in love with all those years ago, and that doesn’t disappoint me — that excites me. There’s also the promise of entirely new content from the creator that’s just lain dormant for several years. Will it shock and dismay fans? Probably.

The worlds you’ll be able to explore in Yume Nikki: Dream Diary are going to be vast, expansive, and hiding secrets that may have been harder to keep obfuscated given the game’s rudimentary pixel layout and setup. There’s a whole new world of possibilities with a bigger environment, and as a longtime Yume Nikki fan, I think there’s the potential for an ever scarier game to emerge here. It’s going to be hard to wait until the game finally makes its debut, but mark my words: It’s going to chill you to the bone.