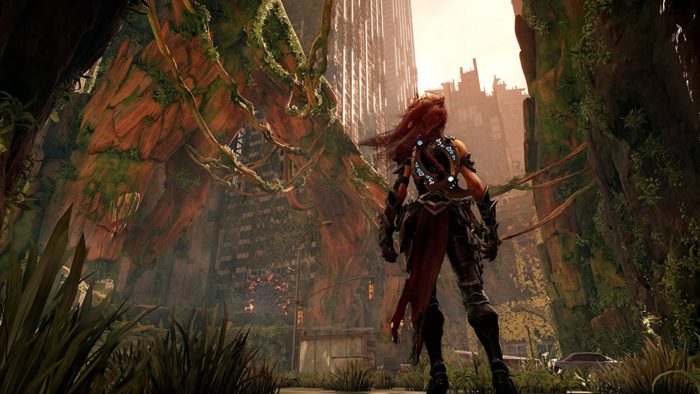 Plenty of digital distribution platforms want to be the Steam killer, the little site that could (and did) knock Valve off its seemingly impenetrable pedestal. One of the biggest rivals to Steam is GOG.com, and thanks to the site’s latest announcement, it creeps ever closer to Steam’s crown.

Earlier today, GOG announced it would receive four upcoming THQ Nordic games. And these aren’t just small, bog-standard games, but instead games players have been looking forward to for a long time.

The first two games are the new IPs Biomutant and Fade to Silence. Biomutant is the first game developed by Experiment 101 and puts gamers in the role of a mutant raccoon… monkey… thing who knows kung fu. In the game, players will explore a post-apocalyptic world populated by cute (and some not-so-cute) mutant animals, all with the help of additional mutations and cybernetic implants that affect the player’s character’s stats as much as they do his or her appearance.

Like Biomutant, Fade to Silence is another RPG that takes place in a post-apocalyptic world, but instead of a lush and verdant one where life is plentiful, Fade to Silence is bleak. Resources are scarce; hope is fading, and to make matters worse, the never-ending winter has a good chance of stealing your life. That is, unless the Lovecraftian abominations waiting out in the cold, unforgiving wilderness don’t get you first.

The other two games are not new IPs but instead anticipated sequels. The first, Darksiders III, is the long-awaited third entry in the Darksiders franchise. As with the other entries in the franchise, Darksiders III takes place in a post-apocalyptic world where angels and demons fight for control over the destroyed Earth, and each player takes control of one of the Four Horsemen of the Apocalypse. This time, it’s the horsewoman Fury’s turn to tear apart angel and demon alike with her vicious whip to restore the balance.

The final game coming to GOG is This is the Police II. Unlike the other games, This is the Police II does not take place in a post-apocalyptic world and tasks players with managing a sheriff’s office. As with the first game, gamers can chose to run the town as a clean or dirty cop, and each choice will have consequences. The developers as Weappy Studio promise to combine genres as effectively and tell a tale as memorable as the original game.

While none of the announced games have a release date just yet, they all will be DRM-free through GOG.com. Given PC gamers’ recent issues with DRM programs such as Denuvo, many gamers might be tempted to buy these games through GOG.