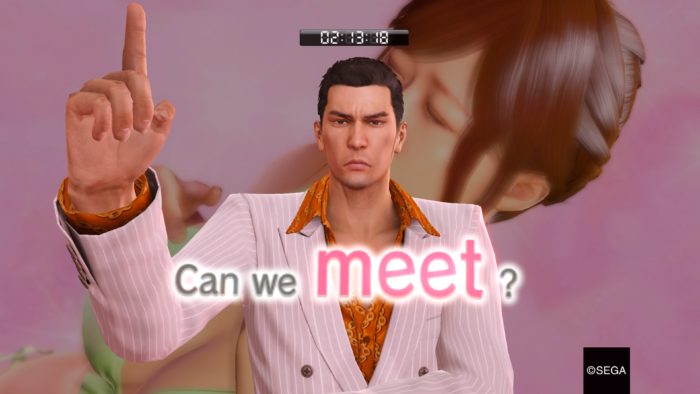 Looking to play through the Yakuza 6 demo on PlayStation 4 that just landed? Make sure you have enough space. The demo spans 36 GB, and that means you need to probably freed up some extra area on your hard drive. But it’s totally worth it. There’s a ton of cool stuff to accomplish in the demo, even if it doesn’t let you go everywhere you want to go within the confines of the game. You can’t even check out the arcade at Club Sega. But there is a ton that you can do.

For instance, you can play through a decent chunk of the game from the beginning to get a feel for what Kiryu has been up to, as well as how Kamurocho has changed. You can visit a cat cafe (with no cats at present), play some karaoke, hit up the batting cages, fight off a ton of random thugs, and more. There’s plenty to discover in this massive demo, and any progress you make will carry over to the full game if you pick it up.

Yakuza 6 was previously scheduled for a March release, but it’s since been pushed back to April 17. But with such a large game with an impressive amount of things to do and its ridiculously large scope, it’s easy to see why it might need some extra time in the oven. Pick up the demo now and see if you enjoy your time with Kiryu and friends.