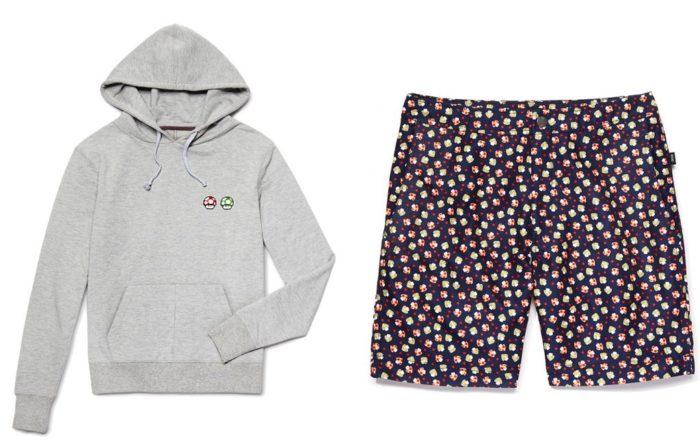 Bloomingdale’s is about to get a lot cooler this March, with the introduction of the Bloomingdale’s x Nintendo collection. The iconic department store will be celebrating all things Nintendo as it launches its spring campaign, which is called “Let’s Play” and adorned with your favorite Nintendo characters.

The collaboration isn’t relegated to one type of product, with bags, T-shirts, shorts, hoodies, travel cups, and shoes included in the slate of items you can pick up during the promotion. Designers from Marc Jacobs to Tommy Hilfiger are participating to bring their own special items to the table, and there’s a lot of different items to suit different tastes, whether you like your game references all the way out in the open or a bit subdued.

The launch is planned for an in-store celebration and unveiling on March 10, which is now being lovingly referred to as “Mario Day,” because of Mar10 looking just like the word “Mario.” And aside from the Nintendo-inspired fashion around the store, there will be lots of familiar Mario-related iconography to be found as well. If you want to grab some of the awesome-looking collection, you’ll want to make a (Mario Kart: Double) dash to Bloomingdale’s for the items to debut next month and make some of them yours. That Princess Peach bag is to die for.