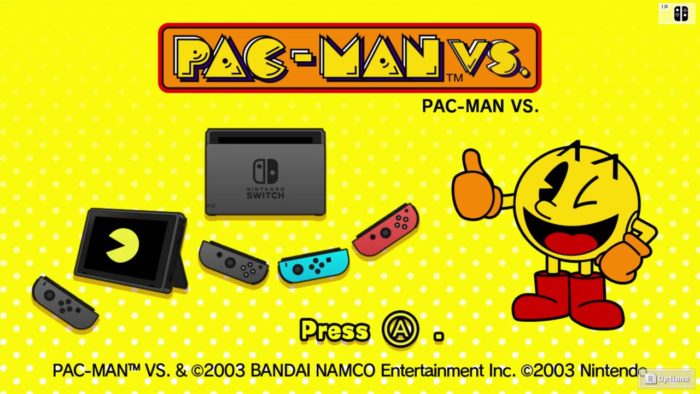 Pac-Man Championship Edition 2 Plus has just released for the Nintendo Switch, and it feels right at home on the system. The arcade genre of games has been slowly creeping onto Nintendo’s hybrid system with the likes of the Arcade Archives series, Namco Museum, and the recently announced series of Data East titles. While the ones we’ve got so far are great, production for Switch versions of arcade ports or remakes needs to be ramped up. The system is just perfect for them.

Obviously, the portability of the Switch is excellent for arcade games. That “one last try” mentality was born in the 70’s with coin-op games like Pac-Man, Space Invaders, and Donkey Kong. That “one last try” was going to be the one where you finally topped your personal high score. The problem with that was that not only were you confined to the opening hours of wherever owned the arcade cabinet, but you were also limited to the number of quarters that you had in your pocket. With the birth of home video game consoles in the 70’s, you could theoretically play an inferior port of your favorite arcade game for as long as you wanted, but you’d likely be kicked off the TV by your parents whenever Happy Days was about to start.

With the Switch, however, all of these limitations vanish. If your parents want to kick you off of the TV to watch the latest episode of Game of Thrones, just pop that bad boy into handheld mode and you’re good to go. Or imagine this: you’re on the train back from work. You only have one life left, and you’re so close to beating your score. It’s so intense that you’ll need 100% concentration so that you don’t screw it up. Pause the game, bring it home, pop it in the dock, and earn your well-deserved 3,333,360 points.

But the ability to switch between TV and handheld mode isn’t the Switch’s only unique feature. In fact, some developers have experimented with the Switch’s form factor to create interesting experiences, including Bandai Namco with its recent Switch version of Namco Museum. This game allows you to play in TATE mode while the Switch is undocked. Unlike home TVs, and most handheld consoles, arcade cabinets would often feature vertical screens. The TATE mode in Namco Museum allows you to flip your Switch system 90 degrees, and just like that you’re playing with a vertical screen. It’s a really cool feature that can only really be possible with the Switch. I can’t say this is a feature entirely exclusive to the Switch, though, as Namco Museum on the original PlayStation also had this mode, but required that you tilted your whole TV set. Kind of impractical, but also kind of hilarious. Suffice it to say, the feature is a much better fit for the Switch.

Many arcade games’ multiplayer modes, including Pac-Man, Asteroids, and Galaga, had players take it in turns playing the game. But there are also a number of arcade games, such as Mario Bros., and Joust that feature two players on the screen at once. Unlike other consoles, these multiplayer modes are immediately accessible on the Switch without the need to purchase any additional accessories, thanks to the console coming with two Joy-Cons out of the box. We’ve already seen Mario Bros. in the form of Arcade Archives Mario Bros., and that game works great with the two Joy-Cons. The small, simple controller is easier for newcomers to understand than something like the Xbox One or PlayStation 4 controller with its reduced amount of buttons, and so it pairs great with the simple controls of arcade games. In the Switch version of Pac-Man Championship Edition 2, Bandai Namco even added in an exclusive two-player co-op mode, and it’s a lot of fun. Were it not for the instant local multiplayer capabilities of the system, we may have never seen a mode like this.

There really isn’t a better system to play arcade games on than the Switch. We’ve seen games that need to be graphically compromised for the system, like Doom, and L.A. Noire, but are there really any arcade games that would greatly benefit from the greater horsepower of the PS4 Pro and Xbox One X? I can’t think of any, and because of that, there isn’t really any reason why games like Pac-Man would be better on any system that isn’t the Switch. So let’s start seeing more arcade ports, remakes, sequels, and collections on the Switch. A Taito collection would be top notch. I need to be able to play Joust on my Switch, like, yesterday.

Hearts of Iron IV: La Resistance Video Is All About Clandestine Operations
To Top