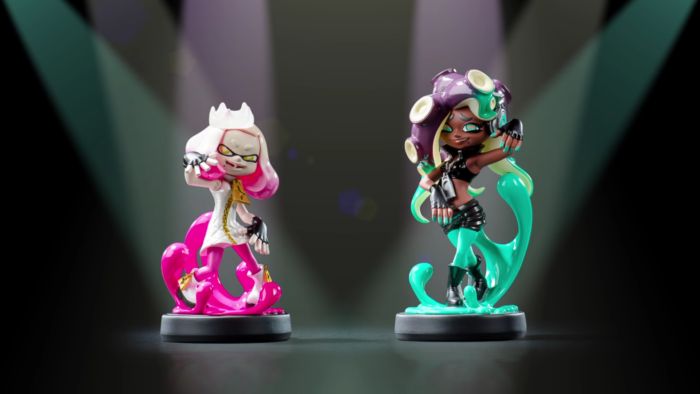 News of new amiibo figures has been pretty scarce recently. Besides a cereal box and a jumbo Pikachu, there hasn’t been much going on in the world of amiibo. But out of the blue, Nintendo have announced a pair of new figures. Splatoon 2’s Pearl and Marina, the hosts of Off the Hook, are each getting their own amiibo, which you can get a better look at in the Japanese reveal trailer.

The trailer gives us a close-up look at these new figures. If you’ve played a lot of Splatoon 2, you’ll easily recognize the iconic pose that they’re pulling, synonymous with their signature catch phrase “don’t get cooked, stay of the hook.”

The release date for the Pearl and Marina amiibo isn’t known as of yet, nor is it known how they will function in the game. The previous Splatoon amiibo allowed you to unlock special gear, take pictures with the character, as well as store your loadouts to the figure itself.

On top of this, Famitsu has given us a glimpse of a new map coming to Splatoon 2. In Japanese, the map is called “Aji Furai Stadium” (literally translated to fried mackerel stadium). This new map sports a theme of, well, sports, complete with basketball hoops and punching bags. A new weapon is also coming to Splatoon 2: the Quad-Hopper Black, a new set of splat duelies.