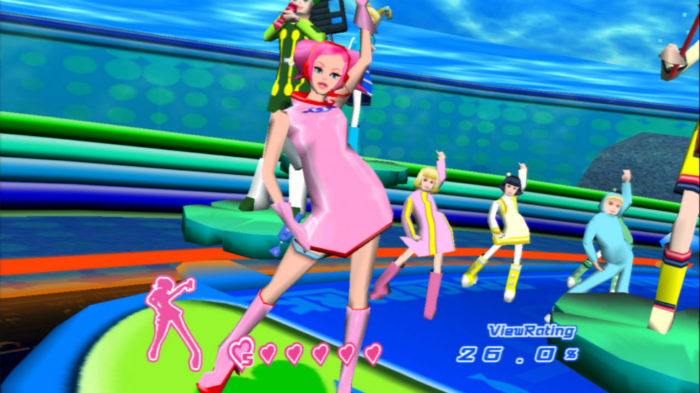 Hey there, space cats! If you’re a diehard Space Channel 5 fan, listen up! A new VR title in the Space Channel 5 universe is making a debut at Niconico Tokaigi 2018, and it’s called Space Channel 5 VR: Arakata Dancing Show. It’s going to be available as a demo only during the show, but it will in fact be getting its own full release later this year.

Arakata Dancing Show is named similarly to the Space Channel 5 VR: Ukiuki Viewing Show, which debuted during Tokyo Game Show 2016, but we didn’t hear anything else out of that beyond a brief demo, where players were tasked with helping Ulala raise viewer ratings, throwing confetti, and doing a rash of other tasks that weren’t as fun as actually dancing. This new VR game will have players matching Ulala’s poses in VR to thwart the Morolians.

The demo will take place Feb. 10 during the show, and then it’ll be in Japanese VR stores in spring, releasing fully as a digital version later this year. Since the demo was created for the HTC Vive, it’ll likely be available as a PC version, but no official platforms have been announced. One thing’s for sure: this is exactly the kind of thing that jumpstarts series, so a new Space Channel 5 may not be out of the realm of possibility one day!