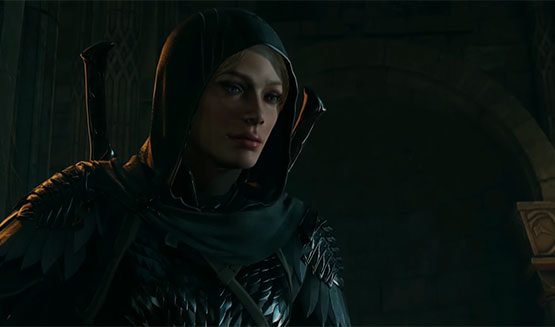 Middle-Earth: Shadow of War put you in the shoes of Talion, a Ranger of Gondor who was fated to live eternally. Now, assuming control of an assassin known as the Blade of Galadriel, players are tasked with changing that.

Shadow of War launched in October of 2017, and the wait for the first story expansion has been quite a long one. That wait is finally over as the first DLC, titled The Blade of Galadriel, is finally available for purchase. A short story trailer dropped alongside the release.

The expansion looks to pick up where the main story left off, dropping players back into Mordor as the Blade of Galadriel herself: the elf assassin Eltariel. Galadriel tasks Eltariel to finish what she started in Mordor; to hunt a specific Nazgul whose face and voice may seem a little familiar.

The expansion brings a new combat style to the table: dual swords. Pre-expansion, players could use only swords for melee, daggers for stealth, and a few different types of ranged weapons. Dual blades present a fast, aggressive play style that was overshadowed by the previous parry and attack strategy. Of course, the game’s staple stealth mechanics are still present and we catch a glimpse of bow combat towards the end of the trailer.

Middle-Earth: Shadow of War’s Blade of Galadriel expansion is available now on Xbox One, PS4, and PC.