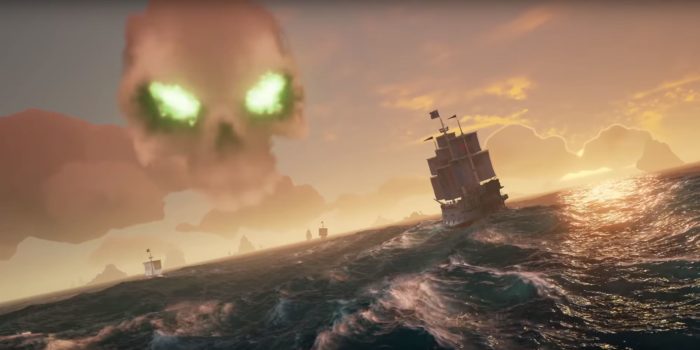 Sea of Thieves, the highly anticipated Xbox One + PC exclusive due out next month, has released another behind the scenes video this time focusing n a special type of PvE encounter, Skeleton Forts. You can check out the full video interview below, but here’s a break down of the most noteworthy information about this “emergent system” which also includes storms and shipwrecks.

While we enjoyed the beta greatly, deeper more involved encounters like these Skeleton Forts will be crucial in keeping fan interest over a long period of time.

Check out the full video, Official Sea of Thieves Inn-side Story #24: Skeleton Forts, below to hear all about it for yourself. Did you play the beta? Are you excited for Sea of Thieves? Let us know in the comments below.