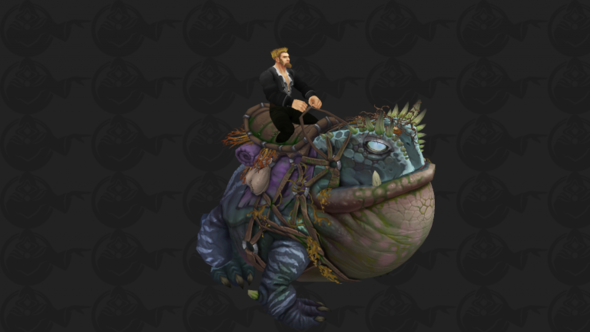 World of Warcraft’s latest expansion is Battle for Azeroth, and the alpha is currently up for fans to pore over. That means eager WoW devotees have been datamining news about the game to see what they were able to dig up. There’s been a wide swath of different things found from the datamine efforts, including professions and skill changes, the plot line for Battle for Azeroth, and changes to pets. There’s also one really cool thing to look forward to: Frogs that you can ride on.

WoW publication Icy Veins reports a selection of frog mounts that were found in the game, adorable creatures that both hop and run at the same time while you’re sitting on their backs, and it may be a little disconcerting to some, but to others it will be ridiculously adorable. Let us know which camp you belong to. The frogs come in blue, green, and yellow and have a decidedly mean look to them — at least, a mean as frogs can look in World of Warcraft.

Unfortunately, there’s not a lot for us to know about the new mounts until the expansion actually launches, and it won’t be doing that for a very long time. In fact, World of Warcraft: Battle for Azeroth isn’t coming out until Sep. 21, 2018. Hopefully a little sooner, if you ask us.