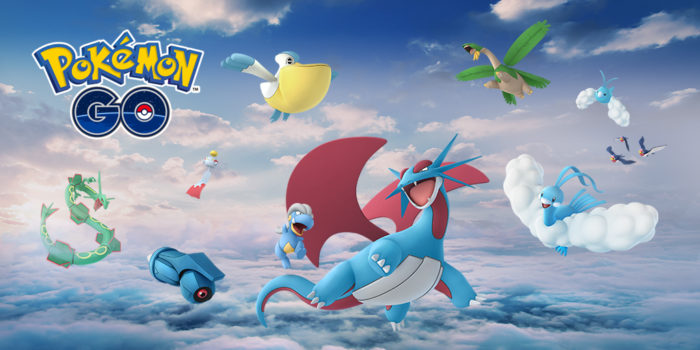 Pokemon GO is getting another batch of Flying and Dragon-type Pokemon originally discovered in the Hoenn Region, including Rayquaza, it was revealed today.

The news comes via a blog post over on the official Pokemon GO site. Though a full list of new Pokemon was not shared in the blog post itself, we do know the likes of Altaria, Metagross, Salamence, Tropius, Pelipper, Beldum and Bagon will all appear. All of these Hoenn-based ‘mon will be added into the game as of tomorrow, Feb. 9 and will take over wild encounters until Feb. 13 to give you a better chance of nabbing one.

Fans will likely be most hyped for the arrival of the next legendary Pokemon, Rayquaza. As we’ve seen with previous legendaries in Pokemon GO, Rayquaza will only be available by taking part in Raid Battles in Gyms near you. You’ll only have until March 16 to grab this one, so make sure you don’t miss out.

The blog post also teases that players “might see some different Pokemon in Raid Battles at your nearby Gym, and from hatched Eggs.” In order to give players the best chance of catching these Pokemon, Niantic also revealed that new special boxes will be available to purchase via the in-game store which include Raid Passes, Incubators, and Star Pieces as of tomorrow until Feb. 23.

Pokemon GO is available now on iOS and Android devices.