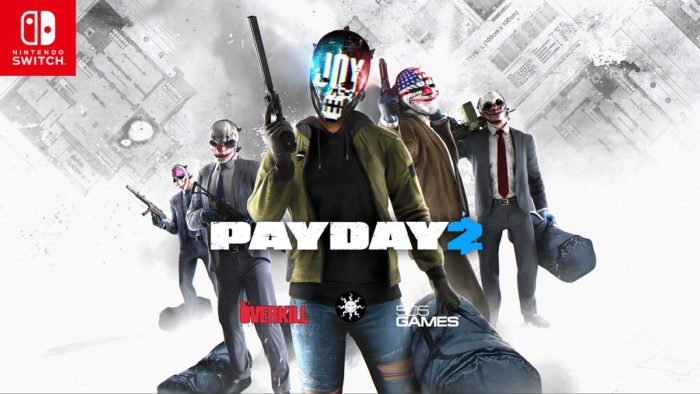 Payday 2 breathed life into the cooperative PvE shooter scene when it launched for the first time in 2013. Its four player co-op was a great way to play with friends. A wealth of weapons and skills and a large handful of customizable masks made every player feel unique and that they’d each play their own role in every heist.

It was announced early last year that Payday 2 would be making its way to the Nintendo Switch, but other than that, potential heisters knew very little about the game’s adventure onto a Nintendo console. In a new developer update video, producer Almir Listo details several aspects of the upcoming release.

Listo starts by revealing that the game will offer full touchscreen menu support and HD rumble. He also states that the Switch version will feature over 50 playable heists, 190 weapons, 17 playable characters, and about 280 masks.

In the Switch’s TV mode, Payday 2 can reach up to 1080p resolution, while in portable mode only 720p is possible. Both are locked at a fair 30 fps.

Finally, the newest member of the Payday gang is revealed as playable character Joy. This new character is a Switch timed exclusive, meaning she will become available for consoles and PC users at a later date. Listo adds that her skills and perks will revolve heavily around hacking.

Payday 2 will arrive on the Nintendo Switch with a bang later this month, on Feb. 23 in Europe and Feb. 27 everywhere else.