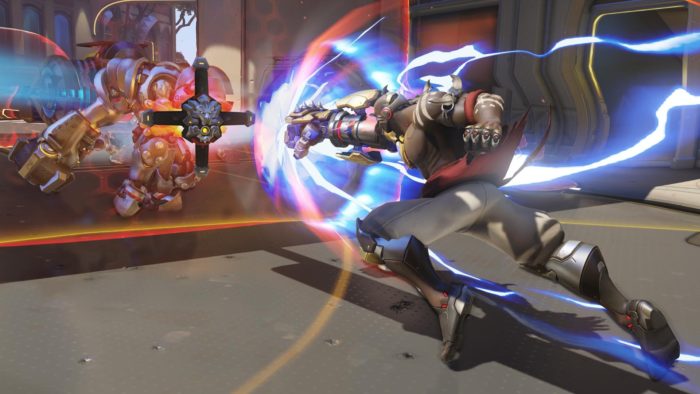 Blizzard has just rolled out a new Overwatch patch, adding in the buffs and tweaks from the PTR. Similarly, the developers have also patched in a few new things to the live servers, particularly for Mercy and the Blizzard World map.

Firstly, the Overwatch update has buffed Doomfist’s ammo recovery rate from 0.8 to 0.65 seconds per bullet. That way, he won’t have much trouble using his Hand Cannon as part of his combos. Mei, on the other hand, has also gotten a few buffs. Her Endothermic Blaster’s Freeze (slow) duration has increased from 1 second to 1.5 seconds. Moreover, her alternate fire now only takes up 20 ammo instead of the original 25.

Sombra’s also gotten some interesting balance changes, specifically with her EMP. For starters, the hacker no longer gains ultimate charge from health pack healing. However, the hack’s cast time has been reduced from 0.8 to 0.65 seconds. On top of that, the skill also disables the following abilities:

Sombra’s Machine Pistol’s spread has been decreased from 3 to 2.7, while the Opportunist passive ability now shows enemy health bars when they are below 100 percent (this was formerly at 50 percent). Finally, her Translocator’s duration has now increased from 15 to 20 seconds.

Meanwhile, Mercy can no longer see the enemy health bars during Valkyrie unless they have taken damage. As for Blizzard World, several health pack locations have been changed, while some health pack sizes have been reduced. Also, additional health packs have also been added to the map.

You can download the latest Overwatch patch right now on the PC, PS4, and Xbox One.