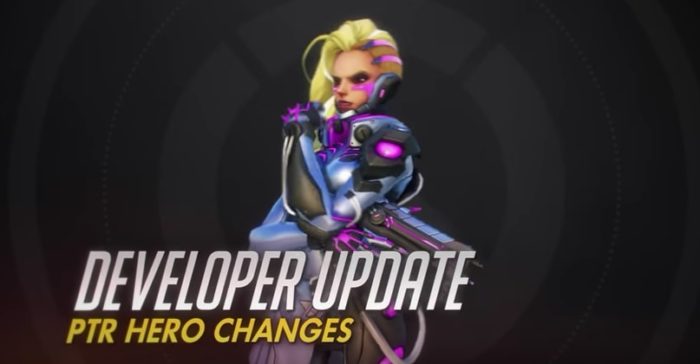 Jeff Kaplan is back with another developer update video, this time to detail several upcoming hero changes within Overwatch. Kaplan confirms that three heroes will be receiving experimental changes on the game’s PTR next week, with more coming in the near future. The three in the Overwatch team’s sights this time around are Mei, Sombra, and Doomfist.

First up is Mei. Kaplan states that “Mei isn’t that far off from being pretty well balanced but could use a little help.” The first step in helping make the Ice Queen’s life easier is an increase in her freeze time, from 1 second to 1.5 seconds. This should help Mei in securing kills on the more mobility heavy heroes, like Genji or Tracer. The second change being given is much more simple: currently, the ammo requirement for Mei’s secondary fire is 25, meaning the player can get 8 shots off from a full clip before reloading. This requirement is being dropped to 20, which in turn raises her total icicle shots up to 10.

Up to bat next is Sombra. Firstly, the stealthy hero will no longer gain ultimate percentage from hacked health packs in response to her ultimate ability charging too quickly. Kaplan also states that a few small tweaks are being made to her gun to help dish out more reliable damage. Next are some changes to one of Sombra’s key abilities: hack. Hack’s cast time has been sped up and several mobility abilities, like Genji and Hanzo’s wall climb, will now be affected by it. Finally, the amount of time her translocater remains active is being increased.

The third of the heroes being changed, and one of Overwatch’s newest, is Doomfist. His changes are fairly simple. Recently, his damage was reduced a bit, but the amount of bullets fired from his hand cannon was increased. Now, the amount of time it takes for his ammo to replenish has been reduced, meaning he’ll be able to fire more often.

Last but not least, Kaplan covers some changes that the Overwatch team have tried implementing into Hanzo, but to no avail. These abilities included a scatter arrow replacement that would pierce through barriers, and a nerf to scatter arrow itself that would remove its ability to bounce off of floors. He also talks about some potential abilities that could work for the archer, like a horizontal leap and an arrow barrage. Finally, Kaplan confirms that changes will also be making their way to Symmetra and Torbjorn, but does not give any additional details.