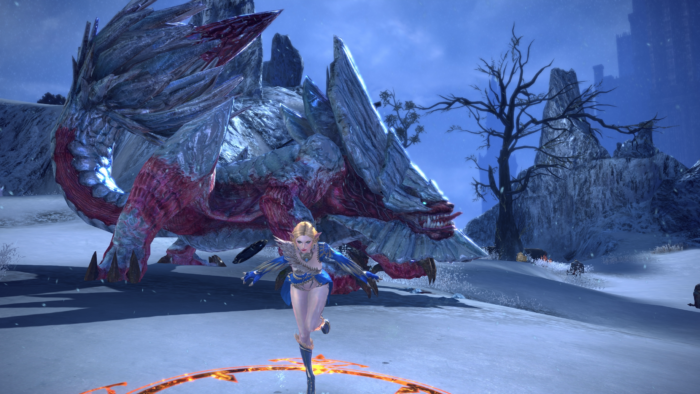 TERA the long standing PC MMORPG released back in 2011, is coming to PlayStation 4 and Xbox One at some point this spring and an open beta is on the way. On March 9, players will be able to download the open beta which will begin at 6:00 a.m PST and run until March 12 at 12:00 a.m PST. Alongside this announcement developers En Masse Entertainment have released a new trailer. Take it away YouTube:

The game features lots of typical MMORPG fare such as classes, questing, raiding, etc. but features gameplay more in line with action RPGs. Traditional MMORPGs don’t frequent consoles all that often, Square Enix supported ones aside. So if you’re primarily a console player looking for something other than Final Fantasy XIV (PS4 only as far as consoles go), the open beta is a pretty low risk way to see if TERA is something you like.

Full details from the press release today are below:

TERA’s development team at Bluehole, Inc. has taken great care to adapt the vast world of TERA and it’s best-in-genre action combat to console platforms,” said Matt Denomme, Sr. Product Manager at En Masse Entertainment. “We feel the results speak for themselves and we’re excited to get the game in the hands of players during our upcoming Open Beta event weekend. Consoles need a solid MMORPG and TERA is prepared to deliver.

TERA brings true action combat into a high fantasy MMORPG setting. Players explore a vast world where their combat skills are put to the test against deadly Big Ass Monsters (BAMs). They’ll need to actively dodge out of the way of incoming attacks, study enemy attack patterns, and execute precise skill combos to take them down!

With a character type to match nearly every play style and innumerable customization options, TERA gives every player a gameplay experience that is uniquely their own. Quest solo, bring your friends, or make new ones…the world of TERA awaits.

TERA will be available across the Xbox One family of devices, including Xbox one X, from Microsoft and PlayStationⓇ4 computer entertainment system in Spring 2018. For more information on TERA, please visit the official site tera.enmasse.com and follow the progress of the game on Facebook, Twitter, and YouTube.”