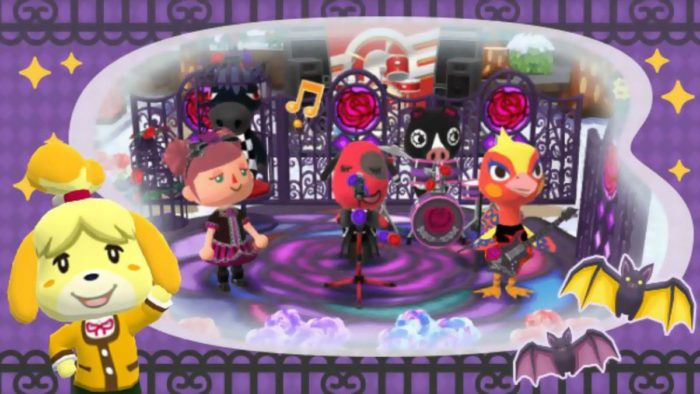 Animal Crossing: Pocket Camp players recently had to deal with some frustrating bugs during the Lottie’s Gothic Rose Festival event. It was keeping certain tasks from showing up in-game, and as such players couldn’t enjoy the event as intended. Luckily, Nintendo knows all about this and has decided to make things right for players who weren’t able to participate in the event the way they wanted to.

Nintendo posted a special message to fans in the game saying the following: “We have become aware of the following issue regarding Lottie’s Gothic Rose Festival,” Nintendo said. “In some cases, tasks were not displayed properly.” The problem has since been fixed, but the lingering damage remains, especially in terms of player good will. That’s why the 20 Leaf Tickets have been given out for reparations since the event was ruined in some areas for players.

You can pick up 20 Leaf Tickets for a limited time in the game by redeeming them from your player mailbox. The event is still going on, too, and you can access it all the way through Feb. 10. That’s a few more days, and you should be able to get plenty of the required tasks you need to finish done in that amount of time. There’s a second part of the event also going live tomorrow, Feb. 6. It brings a lot of new clothes and items that you can use in the game and pick up only the event. This one is “gothic lolita” themed, as its pretty obvious from the promotional imagery.