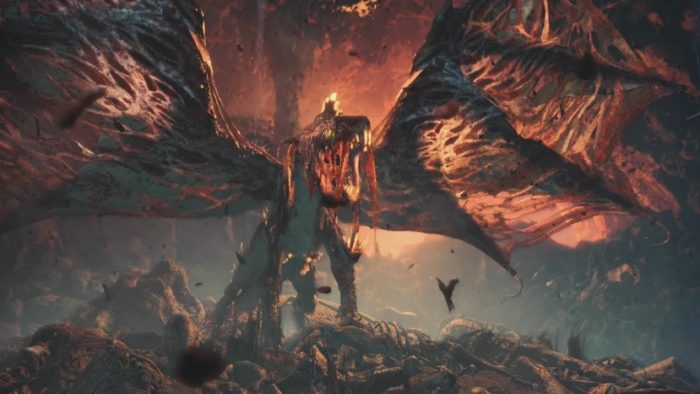 Monster Hunter World has been a smashing success, shipping over 5 million copies and attracting gamers all over the globe to its unique brand of adventuring, with plenty of monsters to tackle. There’s a new trailer Capcom has created complete with accolades and reviews from other publications that you can take in, showing off much of what you can expect from the game should you decide to spend your hard-earned money on the title.

But of course, the accolades aren’t what you should pay attention to. Instead, take a look at all the hunters and the great-looking environments, as well as the enormous enemies. The action-RPG is a fantastic endeavor if you’ve yet to play it, and there’s a little bit of something for everyone who decides to jump into it. You can check out our review here at Twinfinite if you’re still unconvinced.

Our own Zhiqing Wan had this to say about the game:

“Spending nearly an hour chipping away at a Rathian and getting it down to critical health before dying and failing a quest is devastating. But when you finally take it down after hours of repeatedly failing, you’re overcome with a sense of accomplishment. By the time you beat that unbeatable quest, the monster parts and extra rewards don’t even matter anymore. The careless shrug of your character and the cheeky grin on your Palico’s face are enough to cement that moment of triumph.”