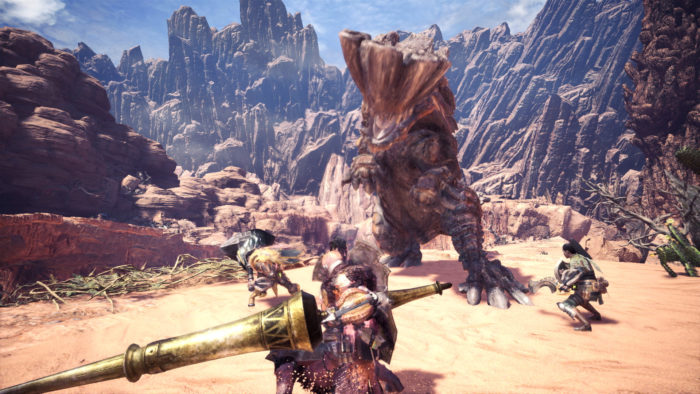 These stats are from the latest Media Create stats, which also revealed that about 1,591,356 units of that entire six million represent retail sales for PlayStation 4 in Japan, though the game came out across the world back on Jan. 26 on both PlayStation 4 and Xbox One at the same time. The PC version has yet to release. It’s managed to amass quite a bit of sales during that time, and in fact during its first three days out in the wild, it amassed five million worldwide units shipped including digital download copies sold.

It probably goes without saying, but Monster Hunter: World is a massively popular game. There’s so much to do in it and heading out to capture monsters alone or with others is part of the allure. Even if you choose to play alone, there’s still so much to discover, and let’s not forget about the adorable Palico cats. Who can resist how cute they are? Probably no one.

Let us know if you’re enjoying Monster Hunter: World in the comments below!