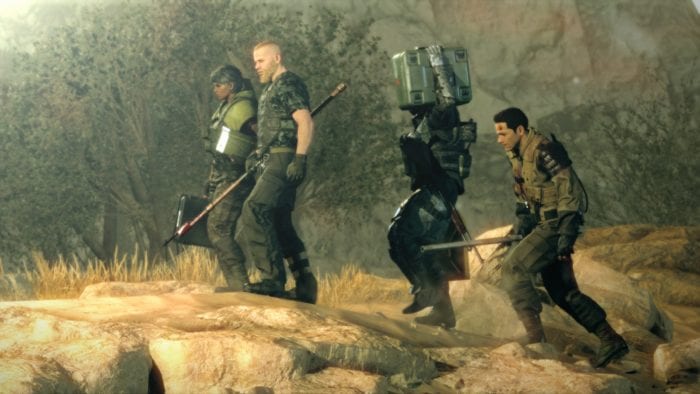 UPDATE (Feb. 20, 12:30am): Users are reporting that only PS4 versions of Metal Gear Survive are getting this update issue. At the moment, there’s no fix for this except to wait for the patch to be released on PS4.

Original Story: Metal Gear Survive is the latest spin-off game in Konami’s renowned stealth action franchise. The game’s release date was set for Feb. 20, and was available for pre-load on consoles. Well, it’s Feb. 20 now, and as you might have expected with most pre-ordered games, Survive should’ve been playable at midnight. Bad news, if you pre-ordered the game and have been waiting patiently for midnight: it’s not playable.

When you boot up the game, you’ll have your trophy set installed, as well as a message that lets you know they’re trying to log you in to the server. However, you’ll also be met with a message saying that the game can’t be playable without a day one update, which Konami has yet to release.

What this means is that even though the game has launched, it’s virtually useless until the patch is finally released and available for download. Before that, nothing in the game can be accessed. The single-player campaign is off-limits because of the always-online requirement, and nothing can be done at the time of writing.

It’s frustrating to be sure, and it’s made worse by the fact that Konami has not revealed what time the patch will be released. We’ll be sure to keep you updated as more info comes our way.

Metal Gear Survive is now available on PS4, Xbox One, and PC.