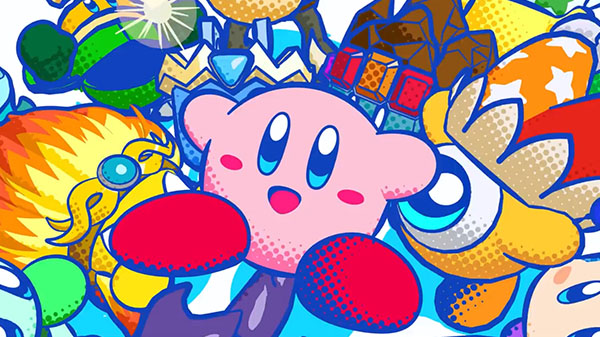 Kirby Star Allies is the latest title in the Kirby series set for release on the Nintendo Switch, and the first to appear on the console.

There’s a new trailer out with a special animated sequence that’s cute and colorful, despite the fact that it doesn’t actually show new footage of the game. It’s still worth watching thanks to its adorable nature, even if it doesn’t give us much to go on.

Kirby Star Allies finds Kirby investigating some strange clouds that have started appearing around King Dedede’s castle. After a piece of a “Demon Heart” falls in Dream Land inside the palace, it’s not hard to figure out why those clouds are appearing after all. You’ll explore the game, which is a traditional Kirby platformer, and utilize a selection of various Copy Abilities to push forward. There are several game mechanics returning from past Kirby games you’ll be able to use as well.

It should be a decidedly more substantial release than the latest Nintendo 3DS title, Kirby Battle Royale, which was a bit of a disappointing showing. It’s good to see Kirby returning to his roots while sprinkling in some new content as well.

Kirby Star Allies is set for release on Switch on Mar. 16 in North America, Europe, and Japan.

Saitama KOs Everyone in One Punch Man: A Hero Nobody Knows Trailer