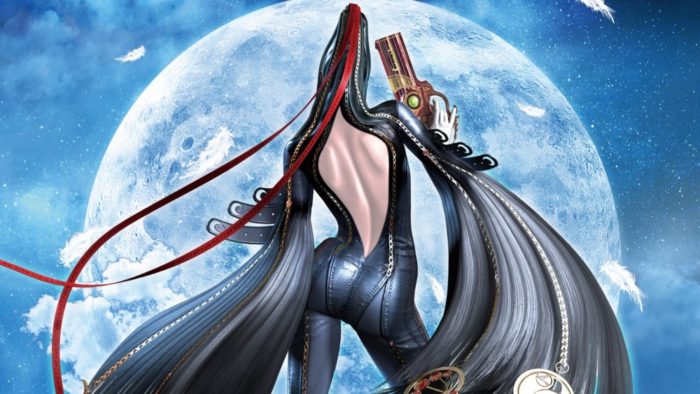 What would it be like to play a Super Mario game on the Xbox One or The Last of Us on the Nintendo Switch? While we actually get to obtain the answers once in a blue moon, the sad fact of reality is that publishers, not developers, are ultimately in control and decide which games are playable on what platforms.

Last year, PC gamers finally received Bayonetta, a game originally published for the Xbox 360 and PlayStation 3 that later found a home on the Wii U. This event sparked a desire for more PC ports of PlatinumGames titles, but so far the only other console exclusive to make it over to PC is Vanquish. PlatinumGames director Hideki Kamiya recently released a Twitter story with an important message: PlatinumGames does not decide which of its games come to PC, which is a shame, since most of them are original IPs.

“I’ve got something I want to tell you all. It’s about Bayonetta 3,” Kamiya begins. “We are a developer that creates games by signing contracts with publishers and receiving funds from them in order to cover development costs. For Bayonetta 1, we signed a contract with Sega and received funds from them, then we proposed a design for the game and entered production. All of the rights belong to Sega. At the time, our company had only just been established, and we weren’t properly equipped for multiplatform development, so after discussing with Sega, we decided to develop the game exclusively for Xbox 360. However, after that, one of Sega’s trading partners ended up making a port for PS3, at Sega’s behest. More recently, they also decided that a Steam version should be developed, which was released last year. Sega owns the rights to all of these versions.”

The story isn’t half done, but it already provides us with a lot of important information. The only reason Bayonetta came to Steam is because Sega wanted to port the game over to PC. More importantly, the root cause of the poor quality of the game’s PlayStation 3 port is that, according to PlatinumGames director Atsushi Inaba, it wasn’t handled by PlatinumGames. Granted, this is old news, but it’s a stark reminder that Sega makes all the decisions regarding Bayonetta, including the decision to partner with Nintendo and bring the game over to the Wii U.

“When we started making Bayonetta 2, we initially received funds from Sega to develop the game for multiple platforms, but the project was halted due to circumstances at Sega,” Kamiya continues. “Nintendo then stepped in to continue funding the game, allowing us to finish it. As such, the rights belong to Sega and Nintendo. The rights owners decided the game should be made for Wii U. Nintendo was also kind enough to fund a port of Bayo 1 for Wii U, and they even allowed us to use the Japanese voice track we created for the Wii U version in the PC version of Bayo 1 as well. I am extremely thankful to Nintendo for funding the game, and to Sega for allowing them to use the Bayonetta IP.”

“As for Bayonetta 3, it was decided from the start that the game was going to be developed using Nintendo’s funding. Without their help, we would not have been able to kick off this project. All the rights still belong to Sega and Nintendo. The rights owners decided that the game should be made for Switch. Game development is a business. Each company has its own circumstances and strategies. Sometimes this means games get made, sometimes it means they get cancelled.”

Gamers no doubt remember PlatinumGames’ Scalebound, an open world RPG that was developed in conjunction with Microsoft for the Xbox One and Windows 10 OS. The seemingly sudden cancellation of the game came as a surprise, but again, PlatinumGames had no say in the decision; it was only the developer, and Microsoft was the publisher. To say this was a slap in the face to PlatinumGames would be an understatement, since the company originally conceptualized Scalebound way back in 2006 as a Wii game that featured a young girl and her pet dinosaur. Scalebound is hardly the only example of this kind of mistreatment. Gamers can no longer buy or download digital copies of Transformers: Devastation, The Legend of Korra, or Teenage Mutant Ninja Turtles. They may have been developed by PlatinumGames, but they were published by Activision, and since Activision didn’t want to sell the game anymore, they were removed from digital store shelves.

“But I believe that every single person involved is dedicated to delivering the best possible experience,” concludes Kamiya. “I know that, at least to me, that’s one of the biggest goals when I set to work. I cannot express how happy I am that we get to make Bayonetta 3, and we intend to do everything within our power to make it as good as it can be. That’s all we can do, and we consider it our greatest mission. It took a while for production for Bayonetta 3 to be okayed, but now that it has kicked off, I hope it will turn into a wonderful encounter for all of you.”

While Bayonetta 3 was the focus of the Twitter story, the underlying message is clear: publishers decide which PlatinumGames titles make it to what platforms. Some gamers might want Bayonetta 2 to come to the PC, but unless both Sega and Nintendo say yes, it’s never going to happen. The same applies to Bayonetta 3. And MadWorld. And Anarchy Reigns.

This story paints a fairly grim picture of the gaming industry. The developers who put all their sweat, blood, and tears into creating a game don’t own their hard work, and Kamiya is hardly alone in this situation. Peter Molyneux created Dungeon Keeper, but since EA published the game, he doesn’t have any ownership of the title. He wasn’t even involved in the sequel, and the critically panned mobile version was developed by a different studio entirely. While we probably shouldn’t expect that kind of mistreatment from Sega or Nintendo, it still demonstrates that game developers deserve far more ownership of the games they create rather than the publishers who just foot the bills.