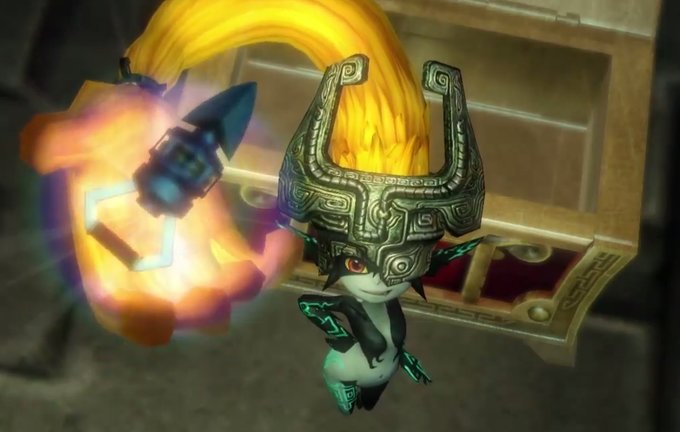 Hyrule Warriors: Definitive Edition is bringing the musou action featuring your favorite The Legend of Zelda characters to the Nintendo Switch this March, and as such Koei Tecmo has released a new trailer showing off some of the characters you’ll see and play as within the confines of the game.

The latst trailer features Zora princess Ruto, masked Young Link, Skull Kid, Fairy reincarnation Tingle, young girl Marin, Sheikah warrior Sheik, and Goron leader Darunia. There’s a lot to be excited about here especially if you’re a fan of The Legend of Zelda: Ocarina of Time or Majora’s Mask. There are tons of returning characters and new faces as well.

You can grab Hyrule Warriors: Definitive Edition when it launches on Siwtch March 22 in Japan and spring in North America and Europe. There’s still plenty of time left if you need to brush up on your hack and slash skills. No one would fault you for it. If you don’t want to wait for the Switch version, you can try out the 3DS or original Wii U version for some Zelda-themed action ahead of the official release. That way you can get some real, suitable practice in before the rest of the world descends on this new Switch release. Then you’ll be truly ready to head back into Hyrule.

Are you looking forward to this port? Let us know in the comments below!