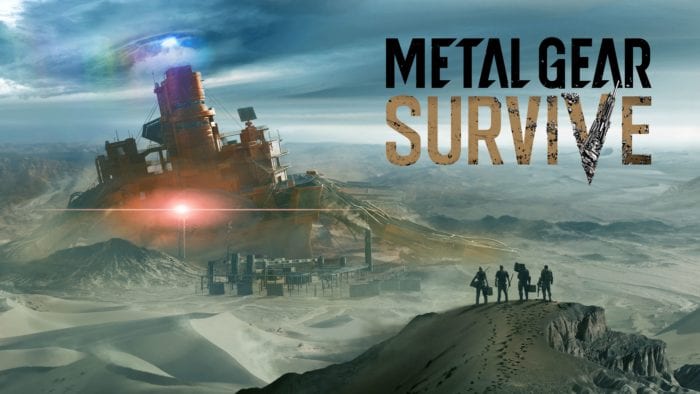 Metal Gear Survive is merely less than two weeks from release and Konami has announced that the game will be getting a second beta for PS4 and Xbox One, as well as PC. The beta will allow you and up to three other people to tackle three different cooperative missions over the span of two maps. There will be special daily challenges for you to try out, as well as the ability to get in-game rewards for the full game once you initially complete the creation of your character in the beta. These in-game rewards are as follows: Fox Hound Name Plate, Metal Gear REX Head accessory, and a Bandana accessory. If you plan on picking up the full game upon release, playing this beta is a must if you’re trying to make your character look super rad.

The second beta for Metal Gear Survive will begin on Feb. 16 and will run till Feb. 18. Survive is the first Metal Gear title to be developed without Hideo Kojima being at Konami and takes place sometime between Metal Gear Solid V: Ground Zeroes and Metal Gear Solid V: The Phantom Pain. Essentially, soldiers from Mother Base end up in a warped alternate reality where there are tons of zombie-like monsters known as “creatures.” Using crafting skills, degradable weapons, and help from friends online, you all must survive to get the hell out of the hostile wasteland.

Metal Gear Survive launches for PC, Xbox One, and PS4 on Feb. 20.