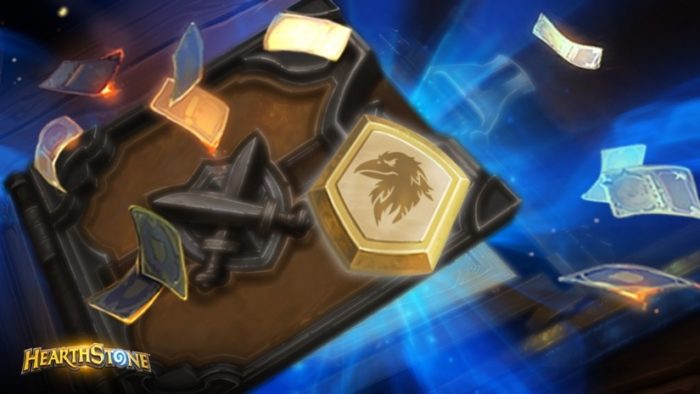 The Year of the Mammoth is ending and the Year of the Raven is about to begin in Hearthstone. Ahead of the start of the game’s new year, a video has been released giving an overview of the year ahead.

The next Hearthstone expansion will bring with it the official start of the Year of the Raven, at which point cards from Whispers of the Old Gods, One Night in Karazhan, and Mean Streets of Gadgetzan will no longer be usable in Standard format, becoming exclusive to Wild.

Three expansions will release over the course of the year, but Blizzard didn’t give any information besides a teaser image. The first expansion will be announced soon, Hearthstone Game Director Ben Brode promises in the video.

A few cards from the Classic set will become exclusive to Wild with the turn of the calendar, including Ice Block, Coldlight Oracle, and Molten Giant. Players who own these cards already will be able to keep them to play in Wild, but will also receive Arcane Dust as if the cards had been disenchanted.

A beta is planned within a few months to test an in-game tournament system. This will allow people to create their own tournaments or join someone else’s, all from within the game and without having to worry about matchmaking or deck validation, which will soon be handled automatically.

A new Druid hero, Lunara, will also become available to unlock with the start of the new year, and doing so will only require players to win 10 Standard matches.

On top of all those changes and new pieces of content to look forward to, the Hearthstone Championship Tour will also be making stops in more countries than ever before, so keep an eye out for competitive Hearthstone in your area.