It’s Valentines day, and that means you’ve just realized you forgot to make that fancy dinner reservation, or maybe after a few years together, you and your significant other would rather stay in and just spend time together doing the one thing that makes you happiest: playing video games. Surprisingly, video games can actually be a great choice for date night – it’s all about choosing the right game though!

The first game up is Lovers in a Dangerous Spacetime. It’s all in the title: the game mixes excitement with a romantic theme. Without going into too much about trust-building exercises, this game does an amazing job of forcing partners to work together flying a spaceship through dangerous obstacles and enemies. It’s unlike any other co-op game because it matches its incredibly unique aesthetic with incredibly difficult co-op gameplay that isn’t very stressful. Best of all, the game actually supports up to four players, meaning this is also great for double dates!

The game forces you and your teammates to juggle turrets, engines, and shields to survive, well, dangerous space! The goal of the game, which is quite literally to “triumph over the evil forces of anti-love” according to the game’s Steam description, is very simplistic, and makes sure less time is spent working through plot, and more time is spent blowing up space aliens in the name of love!

Yeah, the whole concept around the game is really cheesy, but game has a ton of charm that ends up being much more funny than romantic, and having fun with a date is the best kind of date!

Portal 2 is an all-around fantastic game, and so is its co-op mode! Portal is a puzzle game which has the player use a portal gun to fire… portals at walls, which allow you to move from place to place and solve fun physics-based environment puzzles. Especially with the addition of the Steam Workshop, this game has endless replayability. If you and your significant other are really brainiacs who love a good mental challenge, this is the game for you. Playing Portal 2 in co-op is the video game equivalent of taking your date to an escape room, without having to pay an arm and a leg because escape rooms are incredibly expensive.

Of course, savings aren’t the only reason you should be picking up Portal 2. While Portal 2 has an amazing single-player story, Valve put just as much effort into its co-op. The game’s co-op mode is incredibly unique and has very well thought-out challenges which require not only precise coordination, but also the willpower not to mess with your partner by tricking them to walk into a portal which drops them off a cliff. It’s an incredibly rewarding and entertaining experience to watch your co-op partner fly between the portals you’re quickly having to shoot for them to reach whichever part of a level they need to get to.

The game takes an amazing concept, the portal gun, and not only lets players share the fun of portals, but also create an incredible sense of accomplishment with your loved ones in completing the game’s puzzles.

Just Dance is a pretty ingenious game because it takes the physical fun of music games like Rock Band and Guitar Hero and instead makes the players the best part of the song instead of the instruments they’re playing. The best feature of Just Dance is the ability to download songs created monthtly, so this game turns into a streamlined video-game equivalent of scrolling through your Spotify playlist for songs you can dance to.

This game is amazing because it doesn’t require a console, so even if you don’t play video games often and don’t have a PC or console to play Just Dance on, you can just download the game’s app on your phone and connect it to your TV (if its internet-connected or you’ve got a Chromecast handy). There are tons of video games which just transcend enjoying video games. Those games include classics like Guitar Hero, Mario Party, and Super Smash Bros – games which are just genuinely fun for anyone. Just Dance is one of those games, but it takes out the commitment of playing through a whole game of Mario Party, the hand-eye coordination of Guitar Hero, and the difficulty curve of Smash Bros. Also it’s free, which is always a plus.

Anybody can dance when they’re given the right instructions, and Just Dance does that. Not every gamer is going to find love in another gamer, and sometimes you need games even the gaming-illiterate can enjoy. It’s an easy game for spontaneity, so when you and your date are in the middle of a lull, and you aren’t sure what to do, dancing to good music is always a good answer. 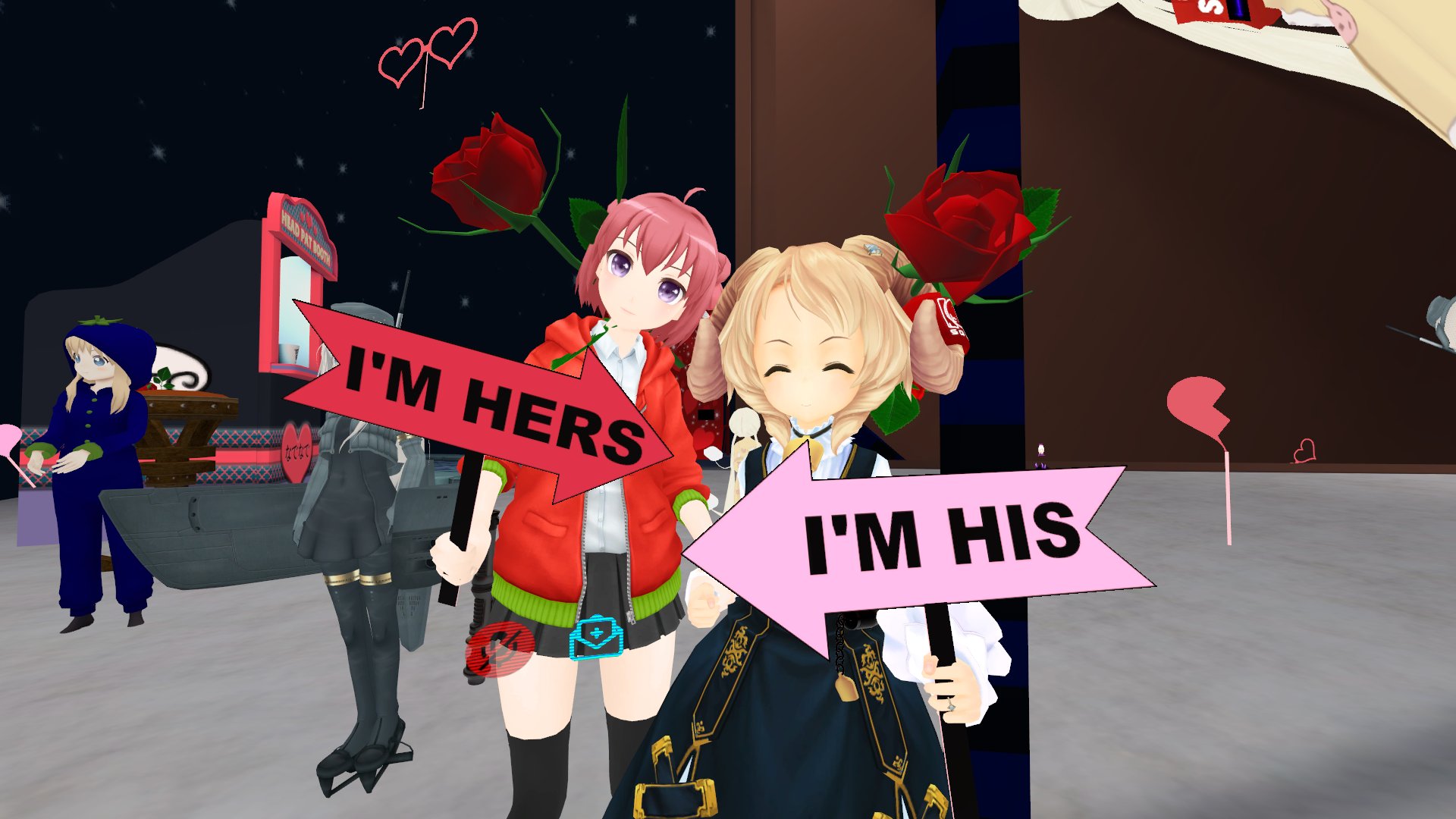 Forget going on a real date, go on a virtual date! While the VR part of the game’s title may make this seem impossibly expensive, VR Chat doesn’t actually require a virtual reality headset. You can just play on your computer with a mouse and keyboard!

It’s fairly surprising but interacting with the strange denizens of the internet is actually an amazing date idea because it requires you to talk to people, your date included! You’re putting yourself in a social space without the requirements of actually going outside. This is also a great idea for long-distance couples who couldn’t afford the time or money to make a long trip across the country or even the world. VR Chat is also free, so there’s no buyer’s remorse here.

Because you can choose your avatar, its easy to match your date’s look. Not everyone’s a fan of couples costumes, but you can be whatever you want to be.

Life is Strange and The Walking Dead

Games like Life is Strange and The Walking Dead require the player, or in this case players, to make choices that drive the direction of the story. These games are like movies which get the player really invested.

Normally backseat gaming is no fun, but when you and your partner are making choices together, those choice have that much more impact. Whether you make a good choice or a bad choice, these games have you and your date in it together. Rather than falling asleep on the couch while watching a movie, you and your date are going to be incredibly invested in what happens.

Hidden Agenda is a strange game on the Playstation 4 which disguises itself as a co-op game, but in reality is a competitive game.

Hidden Agenda can be played with several players (as many as you want, in fact), which means its both a great game for dates and for parties. You and other players use your smartphone as a controller, playing through a murder mystery story reminiscent of David Cage games like Heavy Rain or Fahrenheit: Indigo Prophecy, but there’s a twist.

One player has a “hidden agenda” which is assigned to them at a random point in the game. It becomes their job to derail everything, but it’s not clear how. It pits players against each other in an attempt to figure out who has the hidden agenda.

Got any gaming pastimes with your loved ones? Share in the comments below!