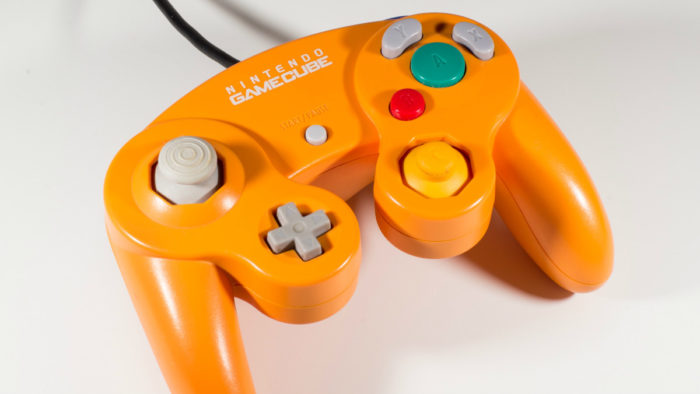 After the explosive release of the Nintendo Switch, the gaming world has been blessed with a cacophony of Nintendo-related news, some of which has been odd and unpredictable. I don’t think many people thought that the Doom reboot would get a switch port; Nintendo then announced a home-console Fire Emblem title for the first time in a decade; Metroid Prime 4 is going to be a thing, and the Nintendo Labo is the type of out-of-left-field idea that nobody outside the Nintendo stronghold would ever predict would exist.

But one of the quirkiest news factoids out of the Switch era has been Nintendo’s continual commitment to a seventeen-year-old controller. In an October 2017 Switch update, Nintendo nonchalantly added support for the Wii U Gamecube adapter without including that feature in the patch notes or telling anyone. Now, if you have a Gamecube controller, you can plug it in through the adapter and the Switch recognizes it as a USB controller, which you can use for any game you want.

Speculation for the purpose of this ran rampant, with a lot of the energy rightfully devoted to the implications with respect to Smash Bros. But what Nintendo should do is at least as important as what they will do, and what they should do is give the Gamecube controller the glorious, modern gaming update that it needs to thrive in the current gaming environment.

The Gamecube controller’s success, and by extension the growth of Super Smash Bros., happened because it was purposefully as different from the N64 controller as was physically possible. While the N64 controller was an obtuse monstrosity designed for three-handed humans, the Gamecube controller was ergonomically designed for the standard two hands. Not only was the controller extraordinarily comfortable, but to this day it remains one of the only controller designs that accounted for how gamers play games and what buttons they use. Games don’t demand every button be pressed as often as the others, so having four equally-sized buttons isn’t as useful as you would think. The Gamecube controller featured one big button–the ‘A’ button–knowing that many games would use one button more than the others. Furthermore, the other buttons on the controller were different shapes and slightly different sizes, so you could know which button you were pressing without looking down. This is simply brilliant design.

Still, regardless of the Gamecube controller’s numerous strengths there are serious problems with it that limit its effectiveness. In 2001, controller standards hadn’t quite been set yet. The Gamecube controller featured three shoulder buttons, moving the old trigger ‘Z’ button on the N64 to the right shoulder. It also added a second control stick while retaining the D-Pad. This gave Nintendo more buttons to utilize when designing a game, and certainly, many Gamecube games used every button on the controller.

And there’s the issue of wireless, too. Back when the wireless Wavebird version of the controller was released in 2002, it was a revelation. The Wavebird was simply the best and most reliable wireless controller on the market, and it was the only official wireless controller made by either Nintendo, Sony, or Microsoft at the time. But its wireless technology is hopelessly outdated now, as wireless is the standard and not just an option.

What Nintendo needs to do to the Gamecube controller is simple and can be done without ruining the controller’s aesthetic look and feel. First, copy the ‘Z’ button and put the second beside the left trigger as a ‘Z2’ button. Second, install modern wireless technology. Third, replace both sticks with a clicking version, which would offer multiple benefits to the controller. As anyone who has played their Gamecube controllers extensively knows, the soft plastic on the left analog stick will eventually tear off, a problem that, say, Xbox controllers simply don’t have.

The market for this exists, and it can be successful. Sony and Microsoft have settled on what works for them for a long time, but they still have continually refined their controllers for over a decade. Even Nintendo understands the standard now–its Wii U Pro Controller and Switch Pro Controller feature all the bells and whistles of their PS4 and Xbox One counterparts.

This type of update would be a boon for Super Smash Bros. in particular. Super Smash Bros. Melee is a prime example in how our experience with games is immensely impacted by the controllers we use to interface with them. It’s not much of a stretch to say that Super Smash Bros. would not be the franchise it is today without the Gamecube controller being the interface rather than the N64 controller. Updating the GameCube controller would allow Nintendo to continue innovating in the franchise, as more buttons mean more opportunities, modes of play, and choice for players to modify their layout to whatever they prefer.

At some point, Nintendo will release a Smash game for the Switch. What better way to debut an updated Gamecube controller than at the release of that game? It would be an offering to Smash fans, a statement that says “we’re here for you for the long haul.” And it would be the single biggest thing Nintendo could do to grow the Smash community. As of now, the best controller to play Smash with is unusable for almost every other modern game. Giving the controller a modern facelift would convince more people to invest in the controller because its utility would skyrocket, and it would simultaneously allow Smash fans to use their favorite controller for other games.

People love the Gamecube controller because it feels great and has a unique layout. Nintendo knows that people like it and will use it, or else it would never have added Gamecube support into the Switch or released the adapter in the first place. And it surely also is aware that there’s a controller standard has evolved and made outdated this still-popular design. It’s time to give the people what they want with a new and updated respec of this beloved peripheral hardware.