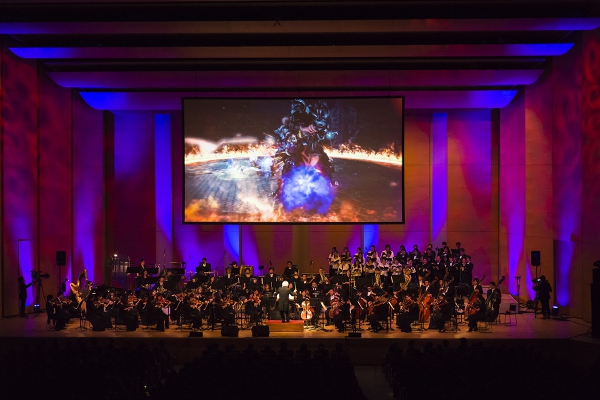 The Eorzean Symphony made its debut in Japan late last year, and Square Enix is looking to bring the live music of Final Fantasy XIV to the west this year as well. Via a press release, the company announced that the orchestral concert will be having shows in Los Angeles and Dortmund in June and August respectively.

‘Premiering in Tokyo last September, Eorzean Symphony featured a full-scale symphonic orchestra, choir, renowned soloists, and excerpts from the game projected in sync on a giant screen, for a thrilling and fully immersive audio visual experience. The American and European premiere will feature a very special guest lineup, beginning with Naoki Yoshida (Producer and Director) and Masayoshi Soken (Sound Director and Composer), who together created this new concert experience, and also feature performances by Susan Calloway, the original vocal artist of “Answers” and “Dragonsong.”‘

With last year’s release of the Stormblood expansion, fans can probably expect some pretty good musical pieces from the new arc to get played during the concert as well. Special guests including producer Naoki Yoshida, composer Masayoshi Soken, and vocalist Susan Calloway will also be attending the show. Tickets are already on sale, and you can check them out here.