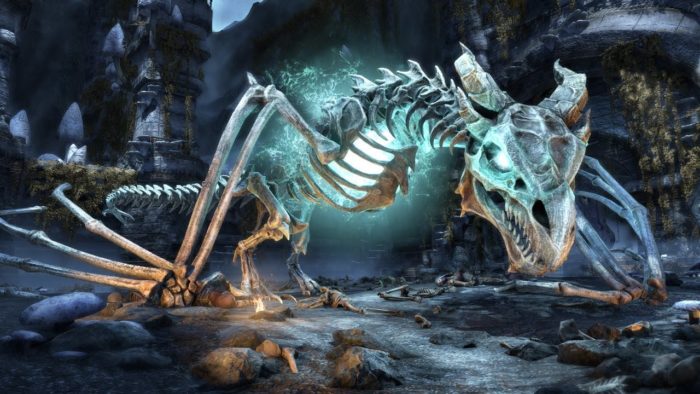 ZeniMax Online Studios has just released the Dragon Bones Game Pack in tandem with Update 17 for The Elder Scrolls Online, and it looks like a doozy. It’s available on both PlayStation 4 and Xbox One, and it comes packing two new massive dungeons in the form of Scalecaller Peak and Fang Lair, where you’ll face off against terrifying new enemies like ogres, sorcerers, and yes, the bones of a dragon. Not the actual dragon, but its bones, because that’s how this game rolls. Renaimated, of course.

Update 17 also comes with tweaks to the Outfit System so players can change up their look the way they see fit, as well as Level Up and Skill Advisor systems and Home Storage to let you hold onto specific items in your character’s house. There’s a lot of massive important changes that have been implemented, in fact, which are meant to help you use more complex abilities. You’ll definitely want to have all of these goodies if you’re planning on jumping into the game and haven’t really looked into it for a while.

For Xbox One X users, there’s a nice bump with 4K revolution and effects that you can check out that definitely gives the game a decent upgrade in terms of aesthetic and performance.