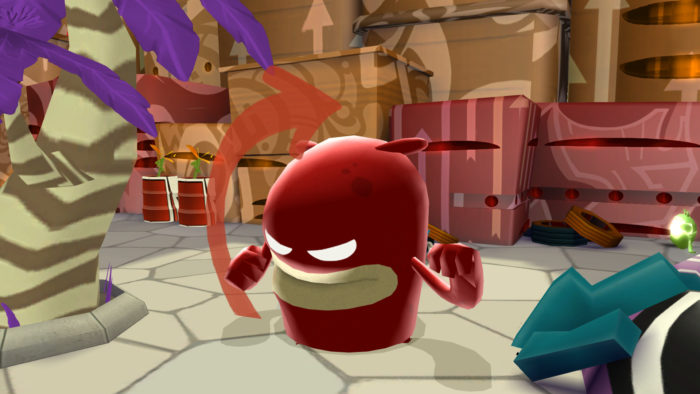 Today developer THQ Nordic announced a remastered version of De Blob is heading to the Nintendo Switch. The popular puzzle platformer was originally released in 2008 for the Wii, and was recently ported to the PlayStation 4 and Xbox One by developer Blitworks in November 2017.

For those who’ve yet to experience De Blob, it follows the evil I.N.K.T. Corporation, the likes of which has invaded Chroma City and declared color a crime. It’s up to titular character Blob to restore order and add new life and color to the black-and-white city.

According to THQ Nordic, some of the features for the standard edition of the game will include joining a group known as the Color Revolutionaries in the fight against Comrade Black and his myriad of weapons, freeing the citizens of Chroma City by painting the world back to life, 8 Multiplayer Modes, some of which include 4-player split screen where users can play and fight for control of Chroma City, and the ability for players to paint Chroma City’s landmarks and skyscrapers using their own creativity and style. This feature of De Blob will include custom colors, patterns, and soundtracks, too.

While there is no specific release date yet for De Blob, THQ Nordic says the game will release some time in 2018. This port to the Nintendo Switch will be developed in collaboration with Blitworks.