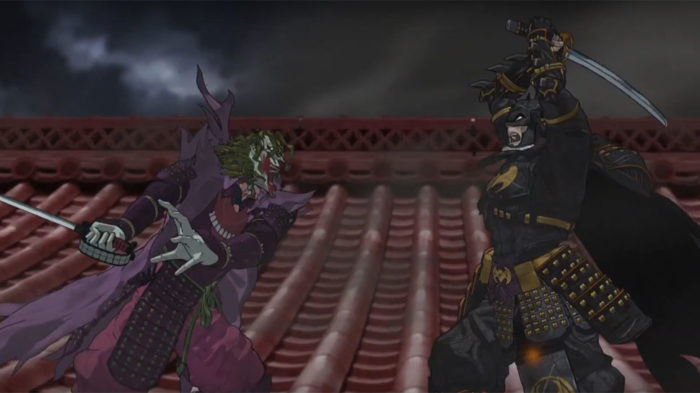 Warner Bros. Home Entertainment has released a brand new trailer for the insane-looking Batman Ninja anime, also revealing the release date for the upcoming film. The film will arrive digitally on April 24, with a Blu-ray Steelbook and Blu-ray Combo Pack arriving later on May 8.

Batman and his allies, along with his enemies, all get transported to Feudal Japan through the use of Gorilla Grodd’s time displacement machine. The movie sports a gorgeous CG anime style, which is a big departure from previous animated Batman films. With all of his high-tech gadgets and vehicles gone, Batman has to use nothing but his own skills and his allies to stop the Joker from taking over Japan and changing history.

There’s quite a bit of talent behind Batman Ninja, and here’s a quick description of who’s involved from the Warner Bros.

The film does feature and extensive English dub featuring names like Fred Tatasciore and Adam Croasdell, although for those who want to really stick to the anime feel, hopefully you’ll be able to switch to Japanese voices as well.

Do you plan on watching the Batman Ninja anime when it releases? Let us know down in the comments below.