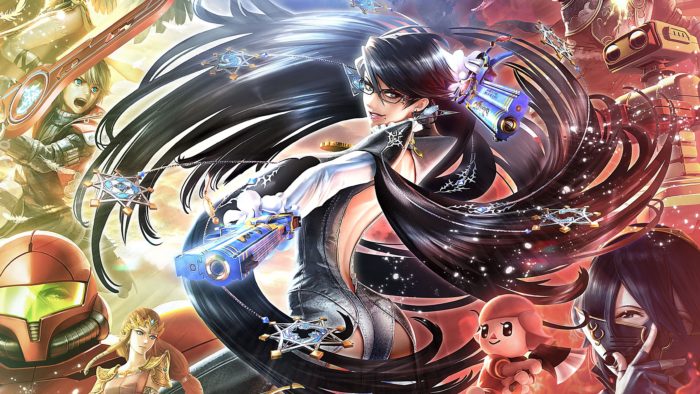 “Please, SEGA, please bring Bayonetta 2 to non-Nintendo consoles,” they cried. Petitions, they signed. Fans were outraged by the fact that Platinum Games was developing Bayonetta 2 as a Wii U exclusive, and rightfully so. The first Bayonetta was an excellent action game for the PS3 and Xbox 360, and the sequel (which was also excellent) should have been made available to as many fans as possible. Alas, game publishing just doesn’t work that way. It’s a business. And like any business, it is a case of money exchanging hands, and contracts being signed.

In an interview with Polygon, the producer of Bayonetta 2, Atsushi Inaba, said “We are not viewing this as a change of platform. We were looking for a partner to create Bayonetta 2 and Nintendo was a strong, cooperative partner that was willing to create and grow Bayonetta 2 together [with us]. As a result the platform became the Wii U.” The team at Platinum Games had a difficult time gaining the funds to develop Bayonetta 2, but Nintendo stepped in to save the day. SEGA didn’t have much of a hand in the game, besides an advisory role.

Fast-forward to now, and history has repeated itself. Bayonetta 3 is in the same situation as the second game, being funded by Nintendo, and being released exclusively for the Nintendo Switch. It’s safe to say that Nintendo and the umbral witch herself have a good relationship going – they’re largely synonymous at this point. But the truth is that the franchise as a whole doesn’t sit under Nintendo’s roof at all. The rights to the IP have always belonged to SEGA, and it’s just allowing Nintendo and Platinum Games to use its IP. No matter how much Nintendo pushes it, Bayonetta is, and always has been, a SEGA-owned intellectual property.

But let’s forget the legal mumbo-jumbo and technicalities for a second. We all know in our hearts that the series is a Nintendo franchise at this point, right? But not just because of the fact that the second and third games are Nintendo exclusives, it’s also how much effort Nintendo has put into marketing the franchise. A quick YouTube search showed that the original game (the one published by SEGA for Xbox 360 and PS3) only had a couple of TGS trailers and a launch trailer. Bayonetta 2, on the other hand, was given a bunch more trailers, plus its own 30-minute Nintendo Direct, which was something usually reserved for the biggest first-party Nintendo titles. Nintendo even used its time in the spotlight at last year’s The Game Awards to announce Bayonetta 3. Nintendo’s commitment to the series seems to completely trump that of SEGA’s.

Nintendo’s support for the series goes beyond that of the game’s themselves. It even gave the umbral witch her own spot in its mascot fighting game Super Smash Bros. for Nintendo 3DS/Wii U. Granted, her inclusion in Smash Bros. was a result of a fan vote, rather than actually being specifically chosen by Nintendo, but that in and of itself says a lot about what Nintendo fans think of the character. Regardless, her inclusion in Smash Bros., and the existence of her amiibo figures (a treatment that very few non-Nintendo characters have received) further solidifies the affiliation between Bayonetta and Nintendo.

No matter how close in our minds we link the two, though, something always comes along that makes us go “oh yeah, Bayonetta isn’t a Nintendo franchise.” More recently, the Steam port of the first game, and the previously rumored Bayonetta & Vanquish double pack for PS4 and Xbox One. The rights to the franchise are owned by SEGA, but the rights to the games Bayonetta 2 and 3 are co-owned by SEGA and Nintendo. So while it’s highly unlikely that those games will appear on a non-Nintendo console anytime soon, there’s always a chance that the fourth game (if there is one) may have no Nintendo involvement, and could come to other systems.

However, this statement from Platinum Games founder, Hideki Kamiya, suggests that the franchise will likely be sticking with Nintendo for a long time to come. “I am extremely thankful to Nintendo for funding the game, and to SEGA for allowing them to use the Bayonetta IP,” he said. Nintendo’s continued support of the franchise has helped it grow more in the public eye, despite the Wii U’s lack of success. The improved sales of the Switch could possibly further bolster the sales of the Bayonetta games. If the Switch games do prove successful, why wouldn’t Nintendo help fund a fourth game? Especially when we already know that Kamiya has plans for the series beyond Bayonetta 3. As long as Bayonetta games keep releasing exclusively on Nintendo platforms, and Nintendo continues to treat her like she’s one of their own, Bayonetta will always, to me at least, feel like more like Nintendo’s baby than SEGA’s.