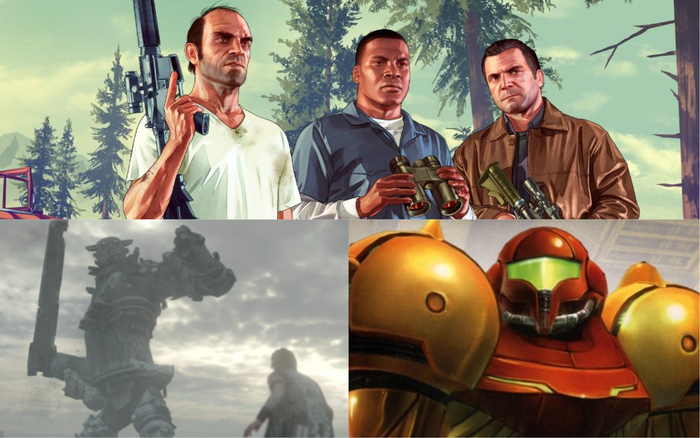 Founded in 1997 in the state of Washington, Sucker Punch is typically known for the development of two major franchises that spanned from the Nintendo 64 to the PlayStation 4. Sly Cooper and Infamous, two of their major franchises that seem very different from each other, but upon closer inspection, are actually very similar in a few ways.

Sucker Punch developed the first three Sly Cooper games before handing the franchise off to Sanzaru Games, who developed the fourth entry in the series, Sly Cooper: Thieves in Time. The 3D platforming series managed to do extremely well with critics, keeping the Metacritic score above 80% for all three titles.

As for Infamous, the open sand-box superhero game that allowed you to choose your own path, also stayed above 80%, except for two games in the series, Infamous: Second Son and Infamous: Festival of Blood. The highly talented team over at Sucker Punch has always delivered high quality gameplay and stories for the past 20 years, and now the development team is working on their next title, Ghost of Tsushima, which was announced during Paris Games Week late last year. There is currently no release date, but you can expect a ton of samurai and swords.

Even their first game, Rocket: Robot on Wheels, was an excellent 3D platformer for its time.

Taking the Metroid series, which was known for it’s excellent 2D-style of gameplay, and successfully turning it into a first-person series that is Metroid Prime, was all the hard work of the team over at Retro Studios. The Nintendo subsidiary also brought Donkey Kong back to glory with Donkey Kong Country Returns on the Wii and then once more with Tropical Freeze on the Wii U.

When we heard the news that the upcoming Metroid Prime 4 would not be developed by Retro Studios, we were taken aback quite a bit. But since Retro has not put out a game since 2014, we can assume and only hope that the studio is planning to announce something very soon. Whether it be a continuation of a well-known intellectual property or a new property altogether is yet to be seen. But if Retro is working on it, then we know it’s gonna be nothing but superb.

Ninja Theory’s titles are known to be full of swords, fast-paced combat, and combos up the wazoo. Heavenly Sword, that DMC reboot, and Hellblade: Senua’s Sacrifice is what the team over at Ninja Theory is typically remembered for. Oh, and a little game called Enslaved: Odyssey to the West, which fans have been wanting a sequel for for a while now.

Ninja Theory shook the industry up a little bit last year with the release of Hellblade. The team announced that they would be working on more smaller AAA experiences that the team would develop and publish themselves. The games would be on a smaller scale, like Hellblade, but still retain that shine and gloss that other big AAA titles usually consist of. The game’s depiction of mental issues like psychosis mixed with excellent combat made it one of the best games of 2017 and Ninja Theory’s next title will sure take us for a loop once again.

Monolith Soft’s average review score on Metacritic sits at a positive 78 and with the company working side by side with Nintendo on future titles, we’re pretty sure that that score will be going up very soon, especially since their past three games have all been more than positively received.

Everyone who’s had a PlayStation 3 probably played Little Big Planet at least once. The creation system and the ability to play other player’s crazy creative levels was a blast and was probably the first game of its caliber to do something like this. Little Big Planet isn’t the only game that Media Molecule is known for though. The team also developed Tearaway for the PlayStation Vita, which took advantage of the Vita’s wacky gimmicks, like the back and front touch-screen.

Media Molecule’s next game to release is Dreams, which plans to take what made Little Big Planet so special and take it up a notch by letting you literally create anything that you want and share it with the world.

Ico, Shadow of the Colossus, and the Last Guardian are all part of this weird cinematic universe that Team Ico has created and it’s hard to talk about the best games of all time without bringing up this developer, especially when it comes to Shadow of the Colossus. The game throws you in a world where you really have no idea why you’re doing what you’re doing, but you do you know that it’s supposed to save this girl, whomever she may be. The task of taking down all 16 massive colossi without any instruction is one of the most satisfying sensations ever. You might feel kind of bad for killing these somewhat innocent beasts, but that’s what makes Shadow of the Colossus so special.

Team Ico was also responsible for, of course, Ico, and eventually reformed into genDESIGN to finish off The Last Guardian; both excellent games.

Journey was one of those games that just hit everyone in the feels out of nowhere. The fact that you explore this world with a random person by your side with no means of communication besides chirps and symbols makes the whole experience that much more special, and getting to the “special place” at the end of the game will either make you cry or rethink your beliefs in life.

Thatgamecompany not only created the masterpiece that is Journey, but also developed Flow and Flower, two other games that challenge the notion that games have to have combat or story to be worth playing. Thatgamecompany always strives to create unique gameplay experiences that shake up in the industry in the best way possible. Their next game, Sky, was scheduled to release late last year, but was unfortunately pushed back to an unknown date. The development team seems to be taking their time on their next title and that is perfectly fine with us.

Oh, it’s always a sad day when we have to sit down and talk about Hideo Kojima and his relationship with Konami. It’s unfortunate that Kojima had to “part ways” with Konami, but Kojima did work on one of the most popular franchises in video game history, and that’s all that really matters.

Kojima Productions is still going strong though with the current development of Death Stranding, Kojima’s first game independent of Konami, which is being published by Sony. We just heard the news that Troy Baker is working on the title as a voice actor, so it’s got to be good.

Looking at the massive success and critical acclaim that Grand Theft Auto V obtained should tell you that Rockstar North doesn’t play around when it comes to their games. With games like Chinatown Wars, Red Dead Redemption, Vice City Stories, San Andreas and Grand Theft Auto IV under their belt, Rockstar North knows how to deliver a great game.

GTA V in particular continues to rake in cash, even after five years of release, which is just incredible and slightly insane. Until we see otherwise, expect Rockstar North to continue to develop classic title, after classic title.

Games based off of existing properties like films and superhero comics usually don’t fare well, especially in the early 2000’s (We’re looking at you Superman 64). One developer managed to get it done right, more than once, with the Batman: Arkham trilogy. Rocksteady Studios was only founded in 2004 and their first game before jumping into the world of comics, was a game called Urban Chaos: Riot Response for PS2 and Xbox. We know, that name is terrible and it couldn’t possibly have been any good. Urban Chaos actually turned out to be pretty decent and it sits at a respectable 73 on Metacritic, which could have been very worse.

Besides releasing Batman: Arkham VR about two years ago, the studio has been silent on the details of their next project. Will we be getting another Batman game? Probably not, but that doesn’t mean that the studio won’t try tackling another superhero in DC universe; maybe we’ll see a Justice League game? Whatever Rocksteady is working on – with their track record – it’s likely to be another hit.