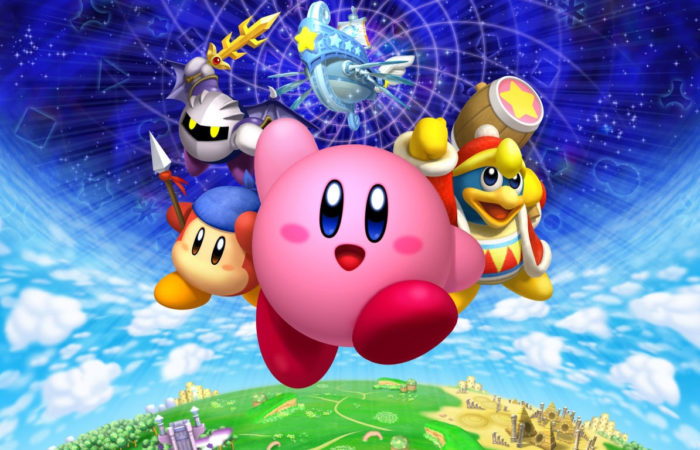 Nintendo has always had that unique quality of creating memorable characters that stick with you for years. Either through the games that make them household names or the endless amounts of cute merchandise that litter pop culture stores. Whether it’s an Italian plumber, a talking glove commentator or a bunch of squid kids, no matter what they manage to come up with it’s almost always magical. And yet, the only character on that roster that makes eating an artwork isn’t always listed among the best.

So let’s talk Kirby, because there aren’t that many characters outside of the big two in Mario and Link that can say they’ve had as good or as consistent a run as the little pink puff ball, and yet he’s often overshadowed, never really fitting into a conversation of “major” video games, while TLoZ and Mario bring home GOTY awards. It’s a shame, because he’s arguably one of the most diverse heroes of the roster outside of Mario himself.

Nintendo and developers HAL Laboratory have thrown Kirby into multiple plains of existence on 3DS, turned him into a ball of yarn in Kirby’s Epic Yarn, had players paint platforms for him to travel along in Kirby and the Rainbow Curse and was a pinball way back in the Game Boy days. The series has also spread out to multiple genres like puzzle games, racers and a Breakout clone, all across the entire breadth of Nintendo’s main consoles and handhelds. He’s seemingly adaptable to any situation if given an opportunity, appropriately so.

Yes, Yoshi is also one to eat everything in its path, but Kirby’s ability to suck up things around him goes a little further in terms of the wide-ranging abilities he can pick up along the way. Between blowing fire, sending out lightning, becoming a sword swinging hero (of time?) or smashing down on enemies as a hefty rock, Kirby’s eager appetite and ability to float and fly out of harms way makes him easy and fun to play. Depending on the situation, his abilities can be chopped and changed, turning the enemies’ own weapons and powers against them at will.

Put all of Kirby’s skills together and you have a character that can be picked up and played comfortably by almost anyone, but also rather dangerous in the right hands. Anyone who has played Super Smash Bros. can attest to how tricky and annoying it can be to take out a well equipped Kirby player, always floating around and dropping down on you from up high. When you’re suddenly sucked up by him and spat out like a bad egg, it’s both scary and humiliating in one swift movement, especially when he starts throwing your own attacks back at you.

Kirby also has a memorable rogue’s gallery, led by the cloaked and mysterious Meta Knight and the hammer swinging King Dedede, both of which have appeared in Smash Bros. and have been both the thorn in Kirby’s side and a useful ally when the adventure allows. Plus, there are few boss battle themes better than King Dedede’s.

Since Kirby’s first adventure on the Game Boy, the franchise has clearly amassed enough fans and presumably sold well enough to continue existing for this long. Not every popular Nintendo franchise gets the same treatment, just ask F-Zero fans. But despite that, the character has never been as widely popular as his contemporaries. You don’t see as many people running to the stores when a new Kirby game arrives on shelves, nor do the games ever really win many, if any, awards. The likely culprit is its accessibility and consistency. Kirby, right away with Kirby’s Adventure, landed on a timeless formula that still in 2018 feels fresh, despite it being more or less unchanged going all the way back to the classic NES game. Anyone can play, and enjoy Kirby, but it has evolved very little over the years, and is still very easy to beat for the most part.

All told though, who cares if it wins anything or evolves? When you have a character who is this ‘cute’, seemingly soft and vulnerable on the outside, but can dish out the punishment with a smile on his face and a tune to sing … how can you not love that? So cheers to you Kirby, and we’ll catch you in a few short moments for the next one, Kirby Star Allies. With its four player co-op and the ability to combine powers into new, more powerful attacks, it should again deliver another engaging adventure for fans of all ages.