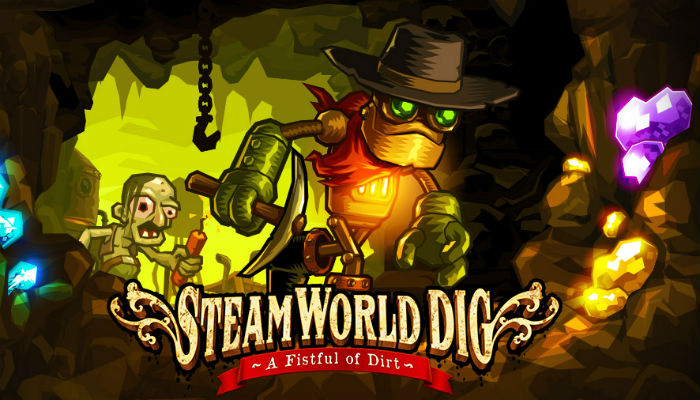 Yes it’s TRUE! Rusty has dug his way up and will resurface on #NintendoSwitch. Our claim to fame, our wonderful pride and joy #SteamWorldDig is coming February 1! $9.99 / €9.99 🎉😃❤️ Save up, save the date and RT! pic.twitter.com/noKOzaoJlF

SteamWorld Dig is a combination of metroidvania-style exploration and Terreria or Minecraft-esque resource-collecting and mining. As Rusty, a steampunk robot, players must explore the mines underneath a Wild West town, fighting enemies, collecting ore and unearthing the secrets and worlds in the mines. While exploring, players can excavate the environment and construct passageways using their pickaxe and other items they unlock along the way like dynamite and a powerful drill.

Image & Form originally released SteamWorld Dig on the 3DS back in 2013, and the game eventually came to PlayStation 4 and Xbox One in 2014 and 2015 respectively.

You can find our full thoughts on SteamWorld Dig here, but overall we found the game to be a solid dungeon-crawling experience that relied a bit too heavily on the grindier parts of the genre. If that sounds like something you’d dig, you can mine your own tunnels when it comes to the Switch on Feb. 1.