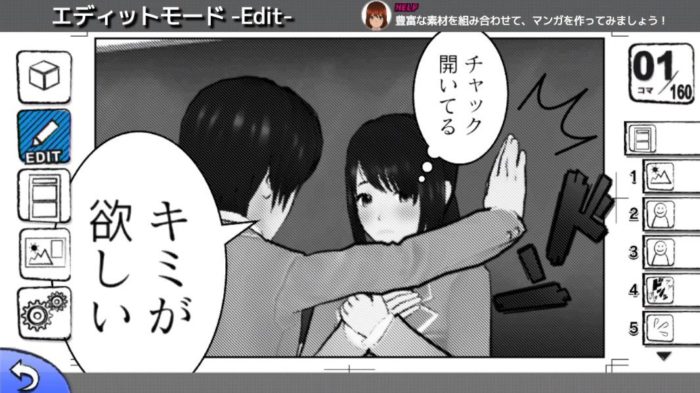 Have you ever wanted to make your own manga? It’s a little difficult to just get started with, but a lot of fun as well. Developer Granzella wants to make the entire process a little simpler, and a lot more fun. The currently Japanese-only release for PlayStatation 4 and PS Vita has a new trailer that showcases how it might work.

Manga Kakeru comes with a series of its own assets so you don’t even have to be artistic to make your own manga. You can instead use its images to put together any genre of manga, including romance and action, or even comedy. Everything you need to pen your own manga is included with the game, which should at the very least get you started on your way to making a masterpiece. Once the manga is completed, it can be shared online as well.

The game is currently slated for release on PlayStation 4 and PS Vita this month in Japan as a digital-only title. You can see it in action in the trailer below. Hopefully it catches on and we can make our own manga soon in the west using this same portable tool or something similar.