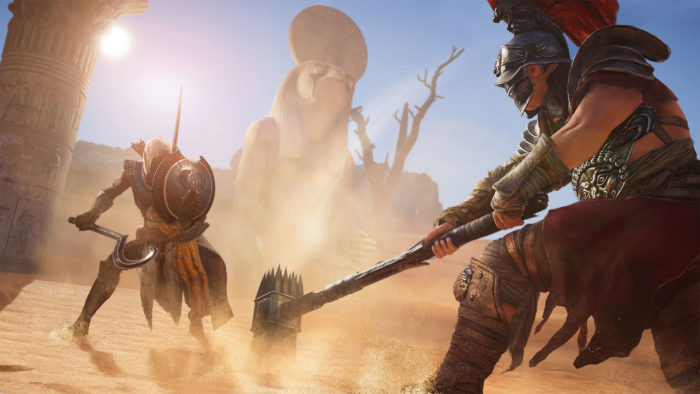 Denuvo, the world’s most famous, or infamous, anti-piracy software company has been bought by global anti-piracy firm Irdeto. Denuvo has long protected many games, infamous for its great success and complexity, keeping games like Injustice 2 and Assasin’s Creed Origins uncracked to this day.

Those familiar with the Denuvo DRM either know it for incredible security, or the issues its plagued some games with. Speaking of Assasin’s Creed, Origins was plagued by stuttering on its PC version due to the anti-piracy measures overworking players’ CPUs. With the PC release of Sonic Mania in 2017, many players found the game was completely unplayable offline due to the DRM.

Denuvo has been an issue for many games, but not all, because Denyuvo’s DRM is constantly updated on a per-game basis, which is why the software is so full of bugs, but so hard for pirates to crack. This constant change has resulted in many different levels of security for Denuvo-protected games, with some taking months, and some, like Middle Earth: Shadow of War being cracked in just one day.

Now Denuvo’s under new management, having been acquired by Irdeto, a software group which creates anti-piracy programs and security programs for software around the world. Until now, Irdeto has made few splashes in the world of games security, but some might recognize them as the group Blizzard employed to keep Overwatch pornography off the internet, sending Digital Millenium Copyright Act strikes against its creators.

In a press release on the Irdeto website, Reinhard Blaukovitsch, Managing Director of Denuvo, said “Hackers and cybercriminals in the gaming space are savvy, and always have been. It is critical to implement robust security strategies to combat the latest gaming threats and protect the investment in games. Much like the movie industry, it’s the only way to ensure that great games continue to get made.”

With the support of Irdeto, hopefully Denuvo can improve its software to benefit both gamers and developers.