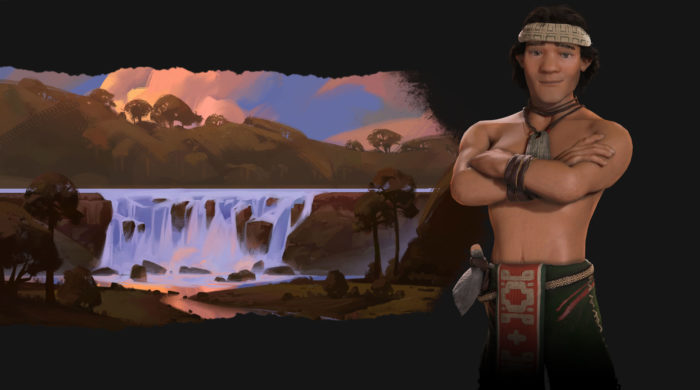 Firaxis has announced that Mapuche, the indigenous people of Chile that resisted Spanish control in the 16th century, will be coming to Civilization: 6’s Rise and Fall expansion.

The Mapuche will be led by Lautaro a Toqui (war chief or literally translated, “axe-bearer”), who escaped enslavement and resisted against Spanish Conquistadors. Lautaro’s unique leader ability is Swift Hawk, which decreases a city’s Loyalty after defeating an enemy in their own territory.

The civ’s unique unit is the Malon Raider, a Renaissance Era cavalry unit that gets combat bonuses when fighting near friendly territory and reduced pillaging movement costs. Mapuche’s unique structure is the Chemamull, a large wooden tombstone that honors the dead. It provides culture equal to 75% of a tile’s appeal and tourism boosts later in the game.

Finally, Mapuche’s unique civ ability is called Toqui, which grants combat bonuses against civilizations in a Golden Age. Additionally, the ability gives bonus combat experience to units trained in a city with an established Governor.

Lautaro is one of nine new leaders coming to Civilization 6: Rise and Fall, which releases on PC Feb. 8, 2018.

New Trials of Mana Trailer Is All About Riesz, Hawkeye, and Belladonna
By Giuseppe NelvaJanuary 21, 2020