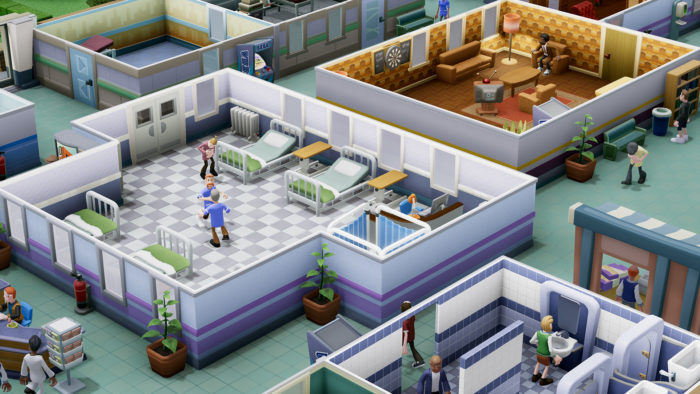 If you enjoyed playing games like Theme Hospital when you were growing up (or still like to mess about with them) you’ll be pleased to know that Two Point Hospital, Two Point Studio’s latest project, is a spiritual successor to the 1997 game. It’s meant to be as zany as possible, with cartoony characters and silly ailments.

For instance, as you can see in the trailer, your patients might suffer from Light-Headedness, where your patient’s head has literally turned into a lightbulb. Ouch. It looks like a very slick iteration of the sim genre, with characters that look as though they were ripped straight from a Wallace and Gromit movie. It’s a breath of fresh air, to be sure, and something you’ll want to give try when the game releases later this year.

You can head over to the official site for additional information as it slowly trickles out for the rest of the year.